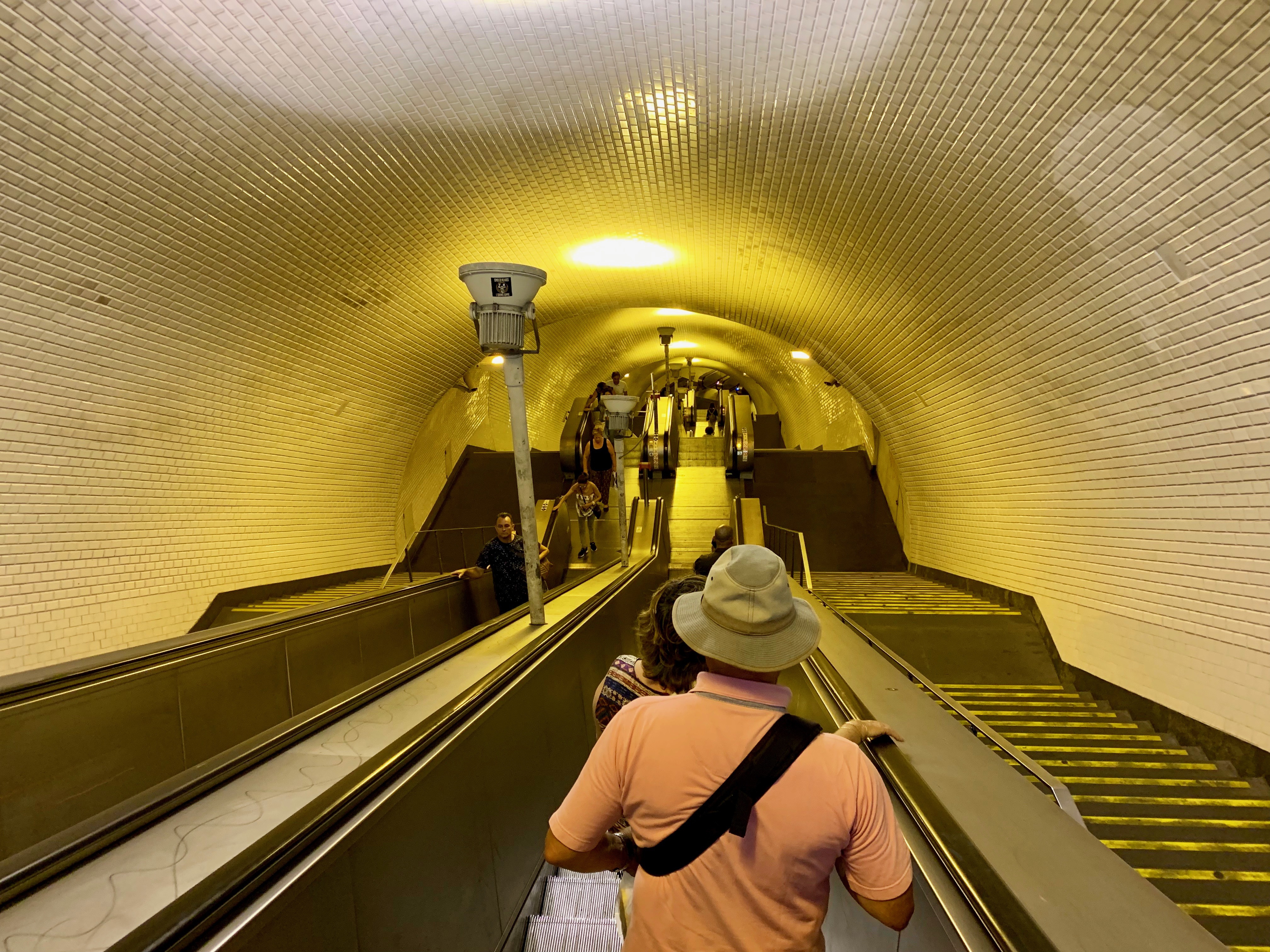 Unfortunately I’d forgotten to check my flight details before I headed off to the airport – as it turned out the flight was showing an hours delay. 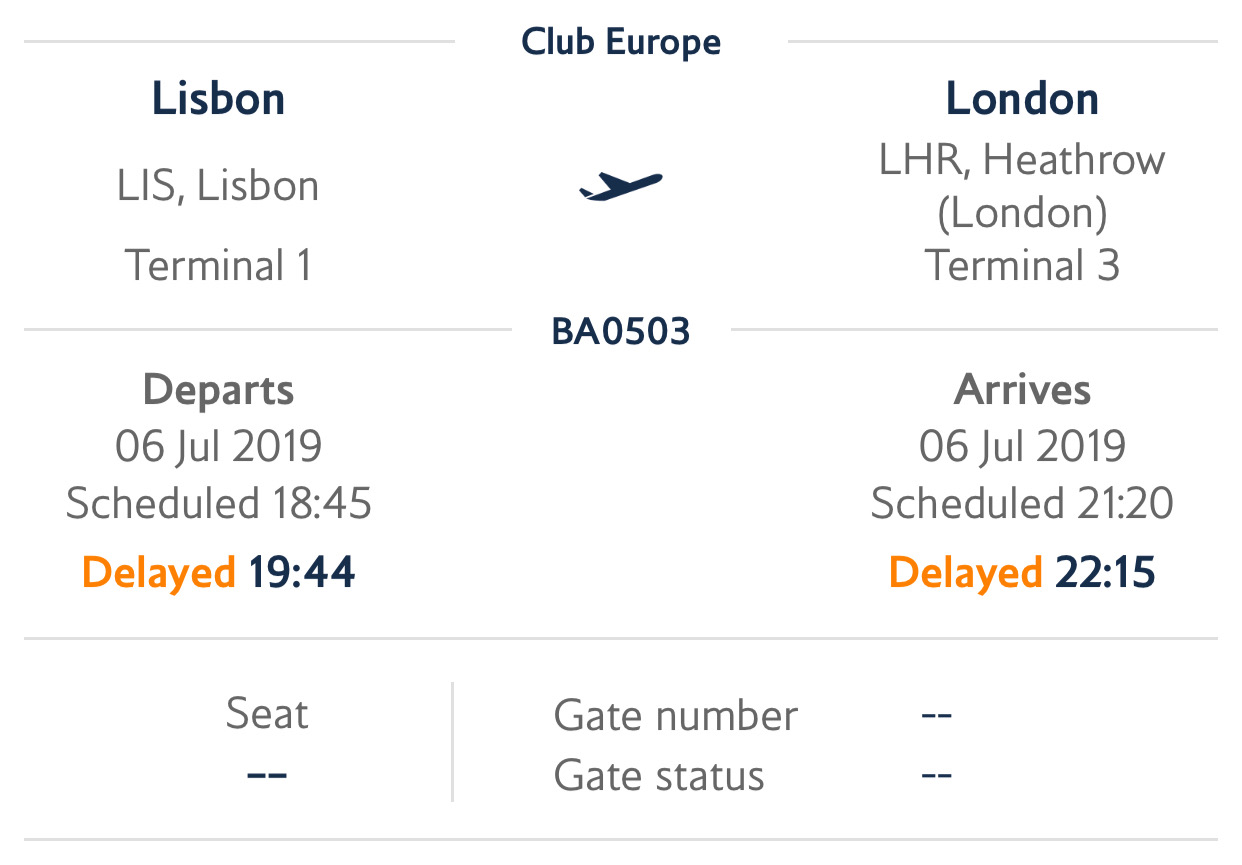 Not to worry however, as I could easily waste an hour in the airport. Just under an hour later, I arrived. 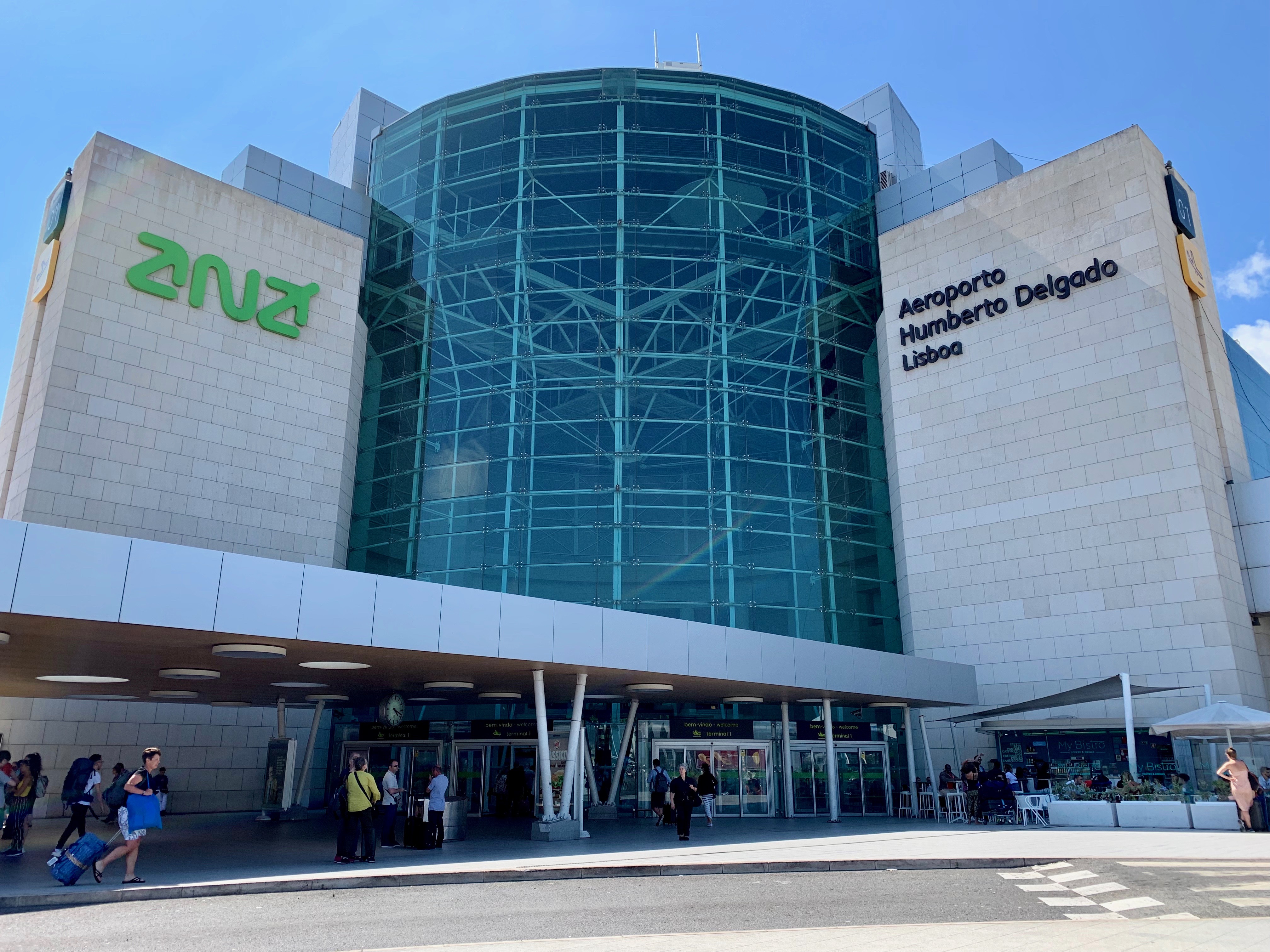 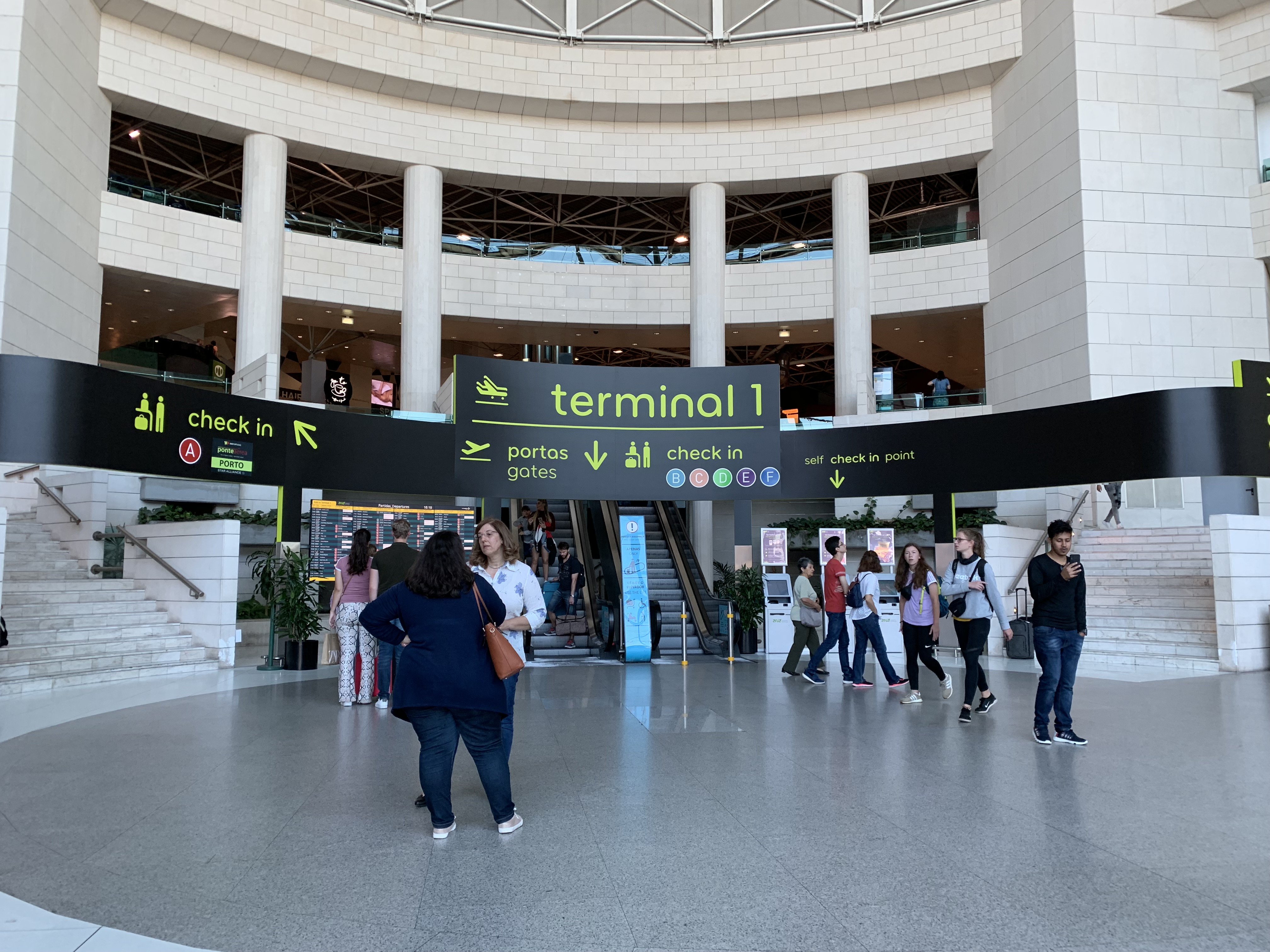 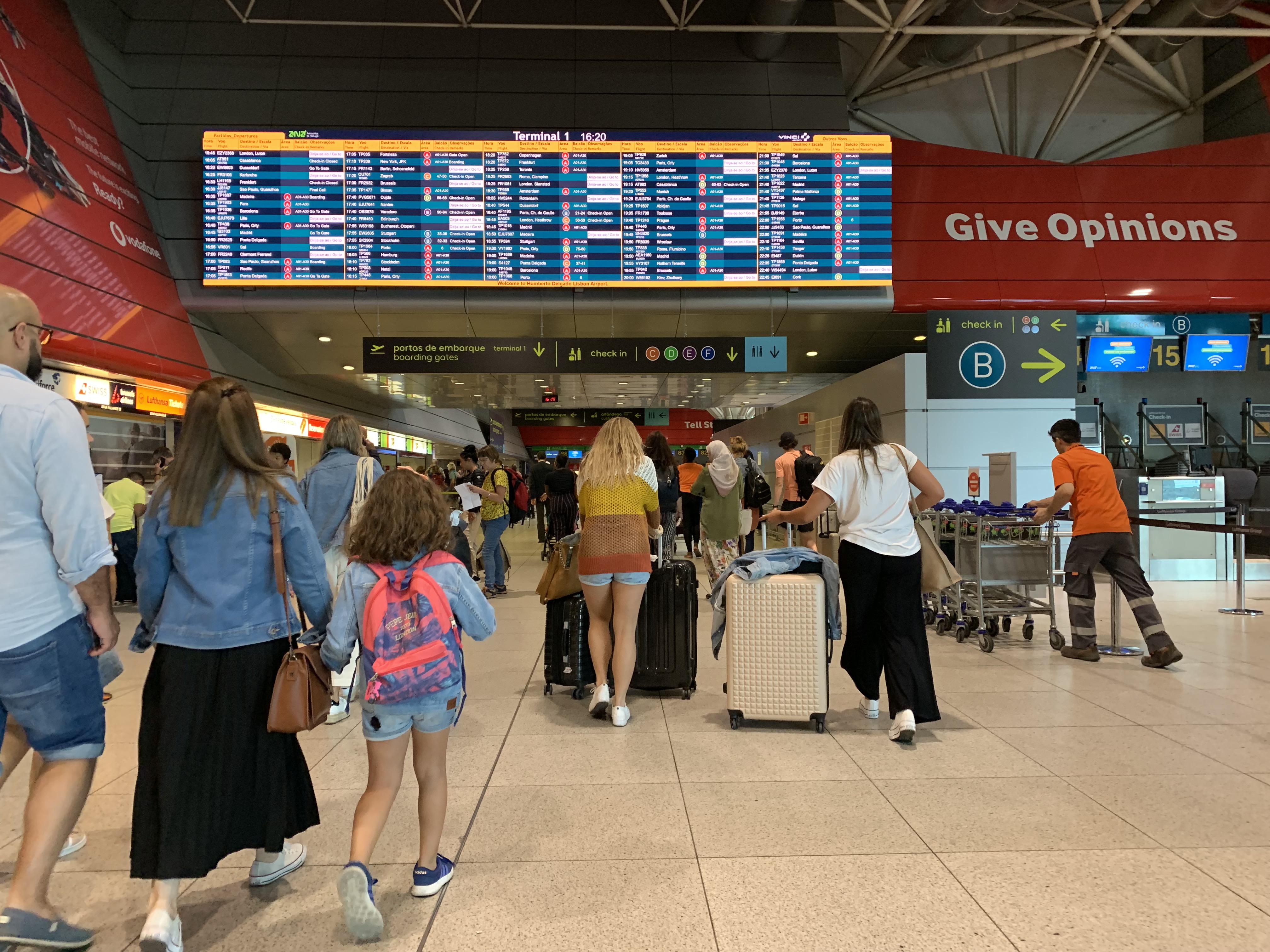 Having a mobile boarding pass, I was able to pass by the check in area and head straight for security. British Airways do offer the premium passengers the use of the fast track in Lisbon, and for once, my mobile boarding pass actually worked on the self service gates. A lot of the time I’ve found you need an airport issued boarding pass for them to work. I was the only person at the fast track, so therefore was through in a couple of minutes.
Despite being in a separate area to the regular security, you still get spat out into a duty free shop. I wasn’t after anything in particular but as I now had more than enough spare time on my hands, I had a bit of a look around anyway. 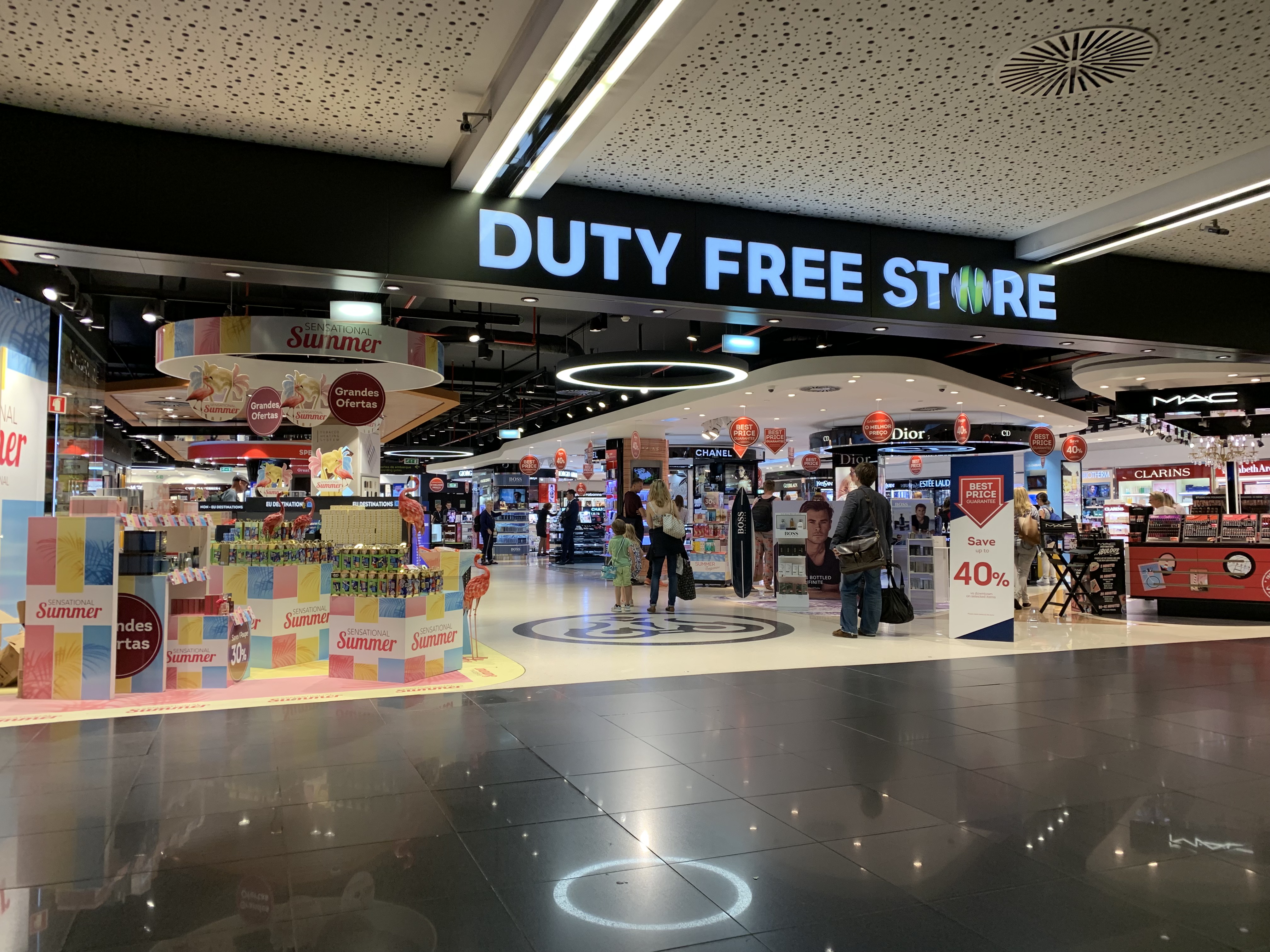 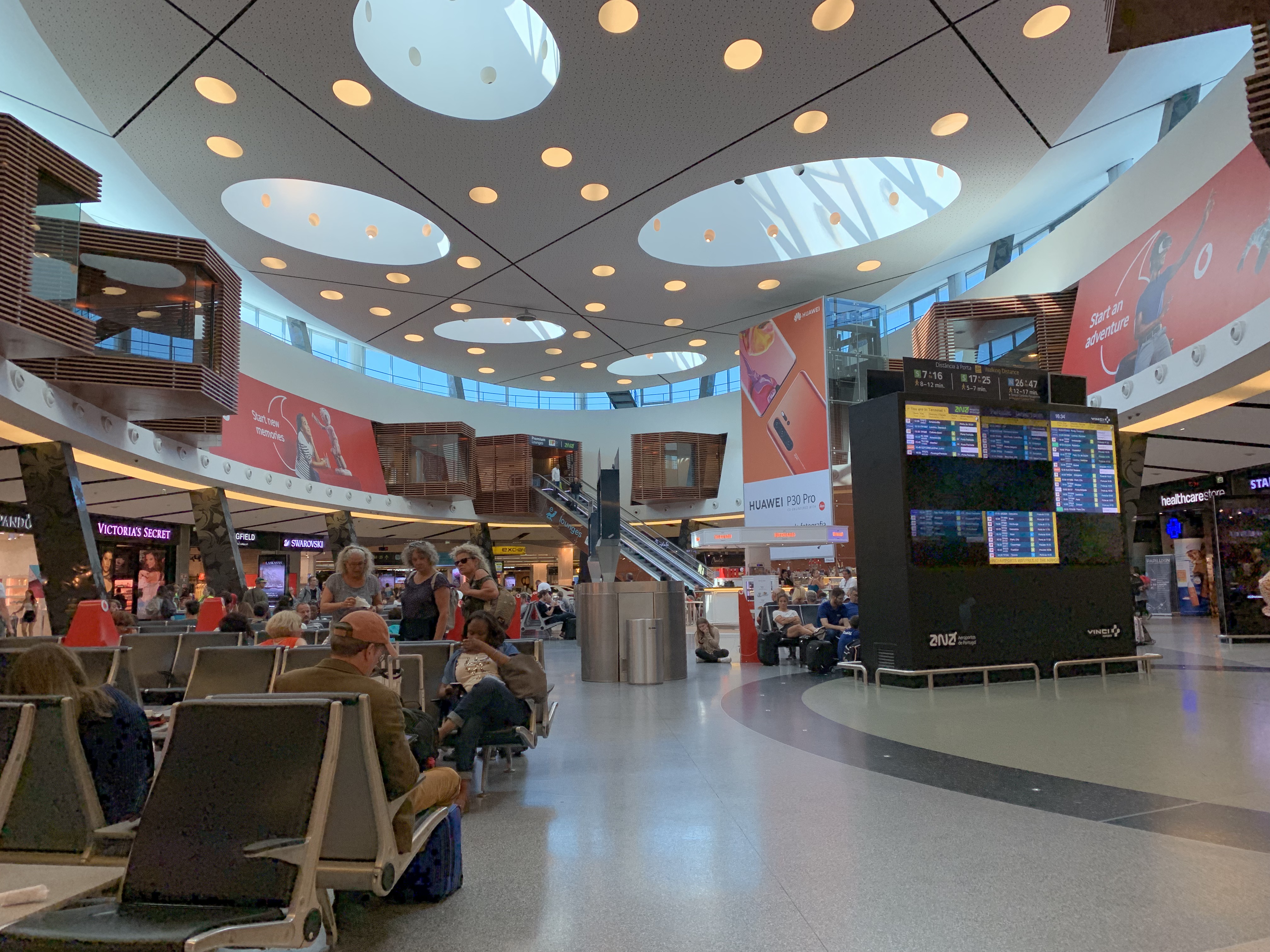 I then decided it was time to head upstairs to the lounge. Like many European airports, British Airways use a third party lounge in Lisbon. This is open to pretty much all airlines that serve the airport that aren’t a member of Star Alliance plus it’s also available for priority pass card holders as well as various other pay as you go schemes. 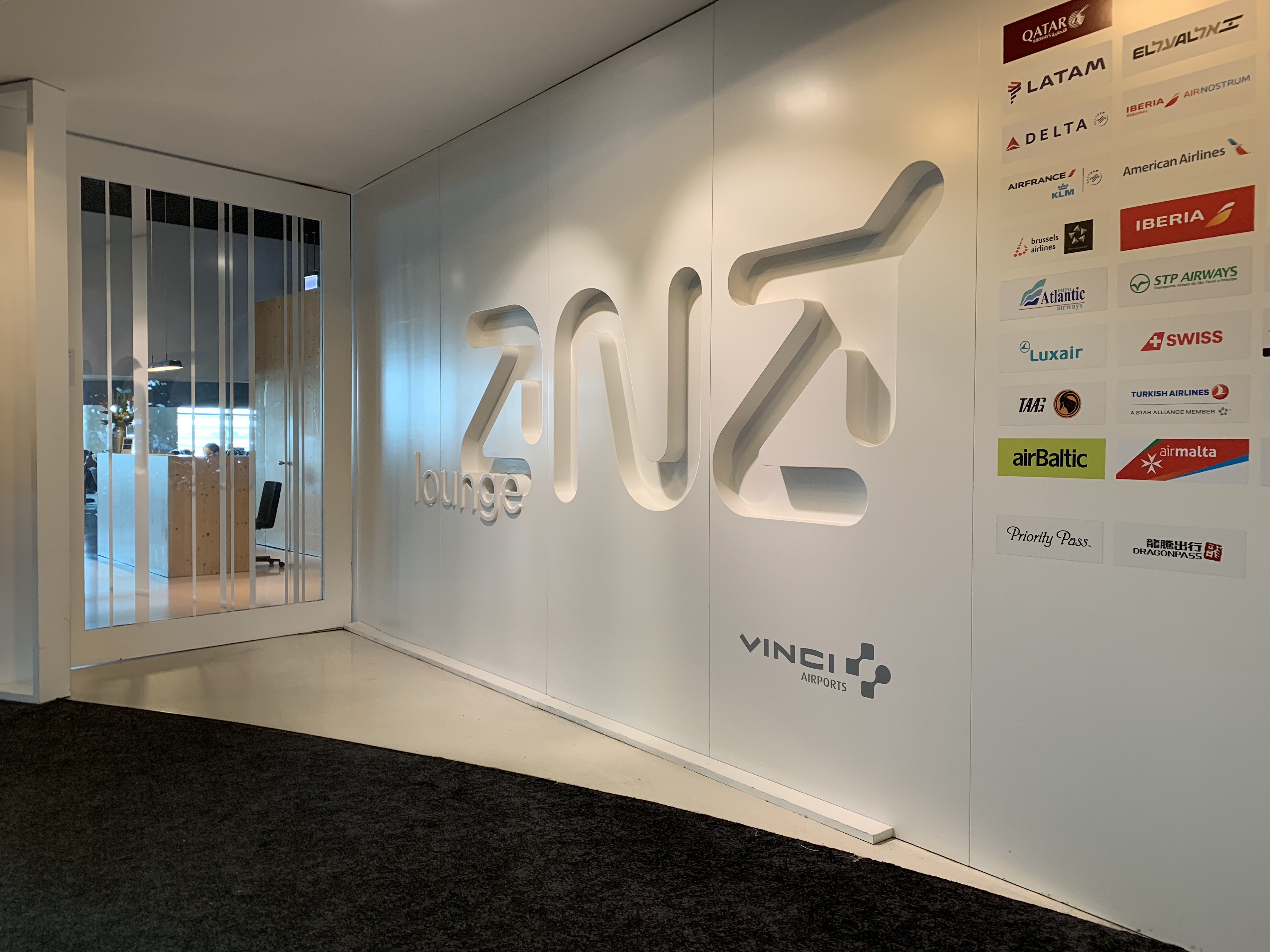 As such, it was a little on the busy side. There wasn’t a huge amount on offer food and beverage wise – a few sandwiches, crisps and a fridge of drinks, as well as a Nespresso machine. 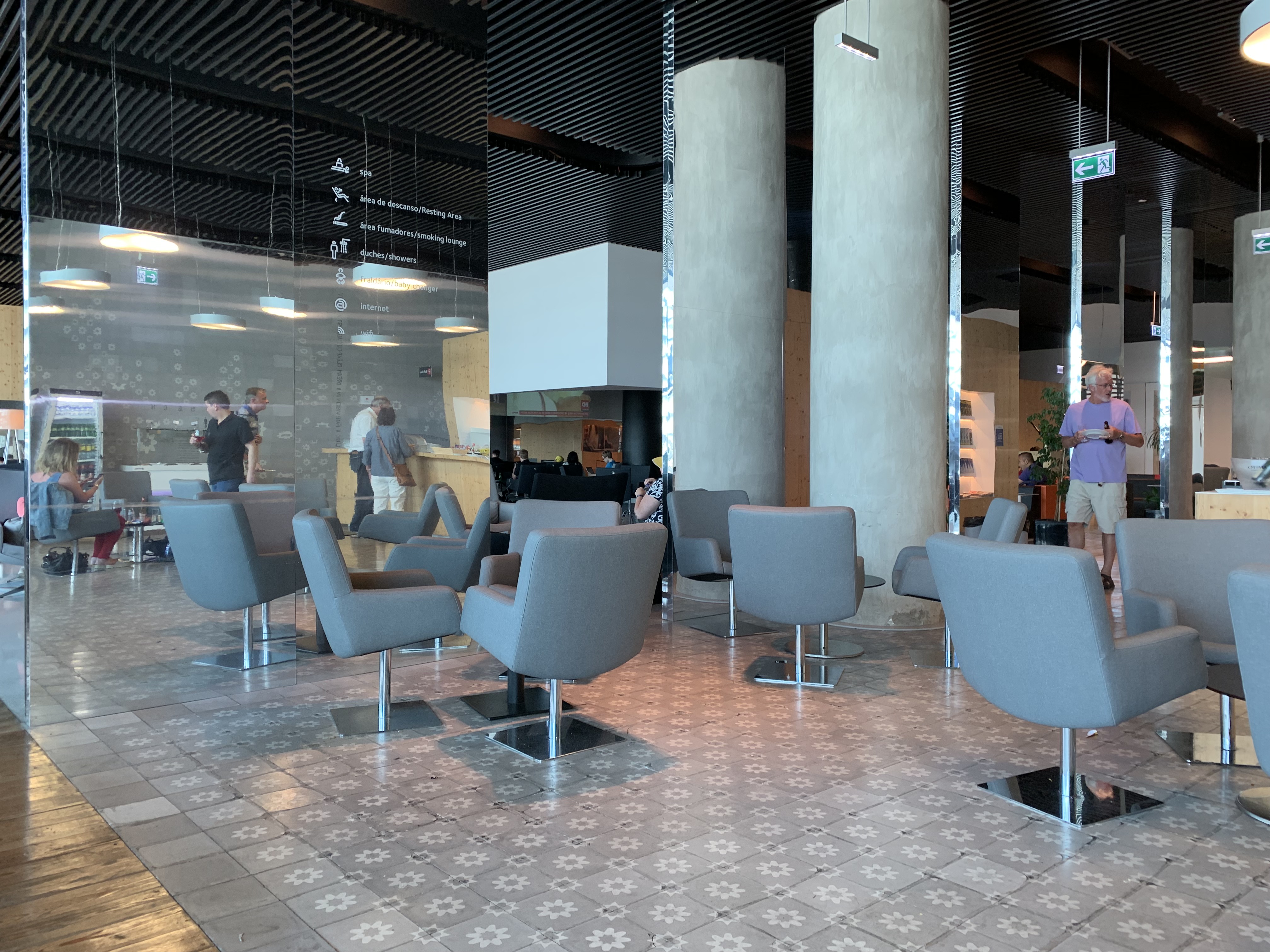 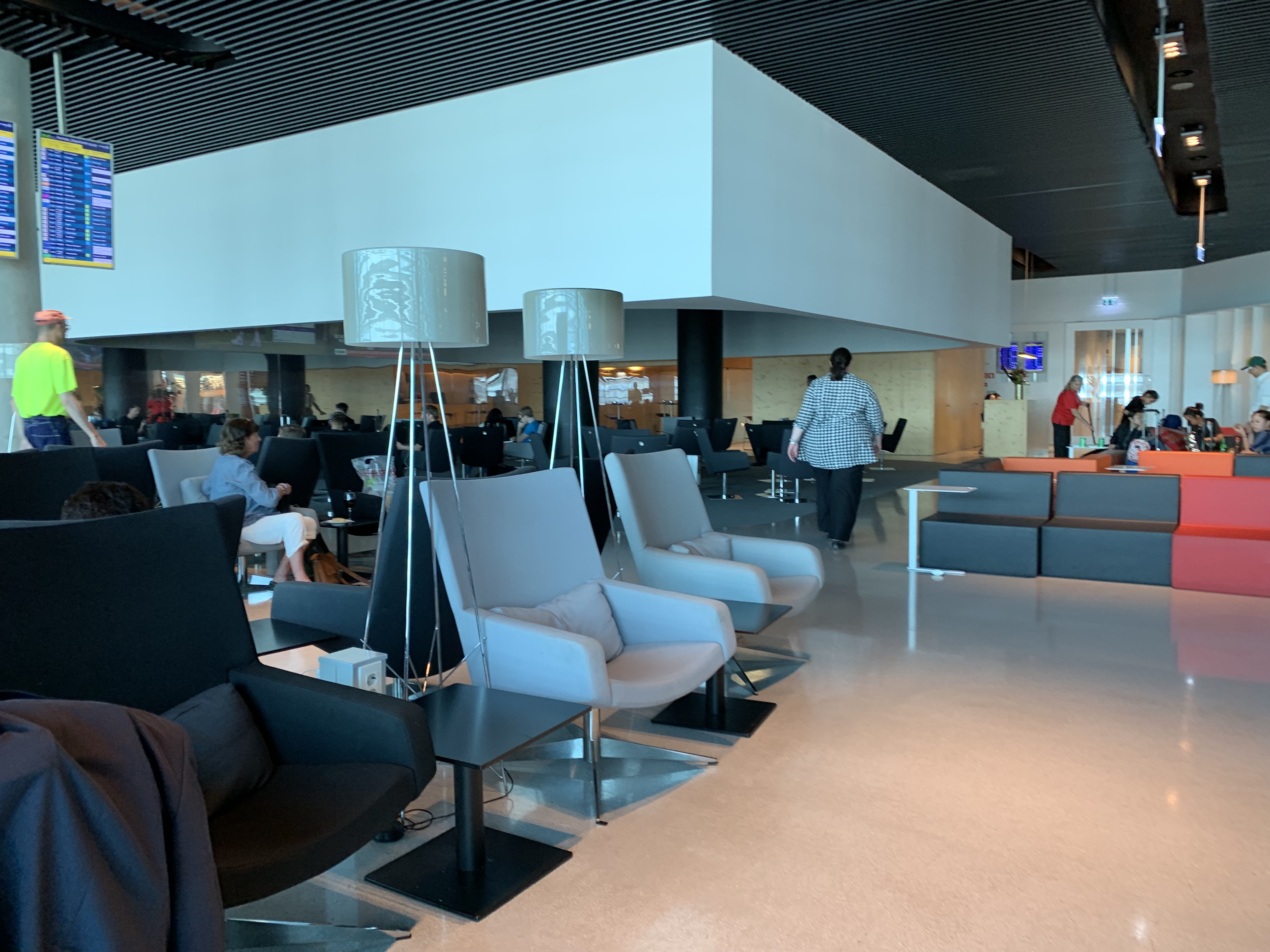 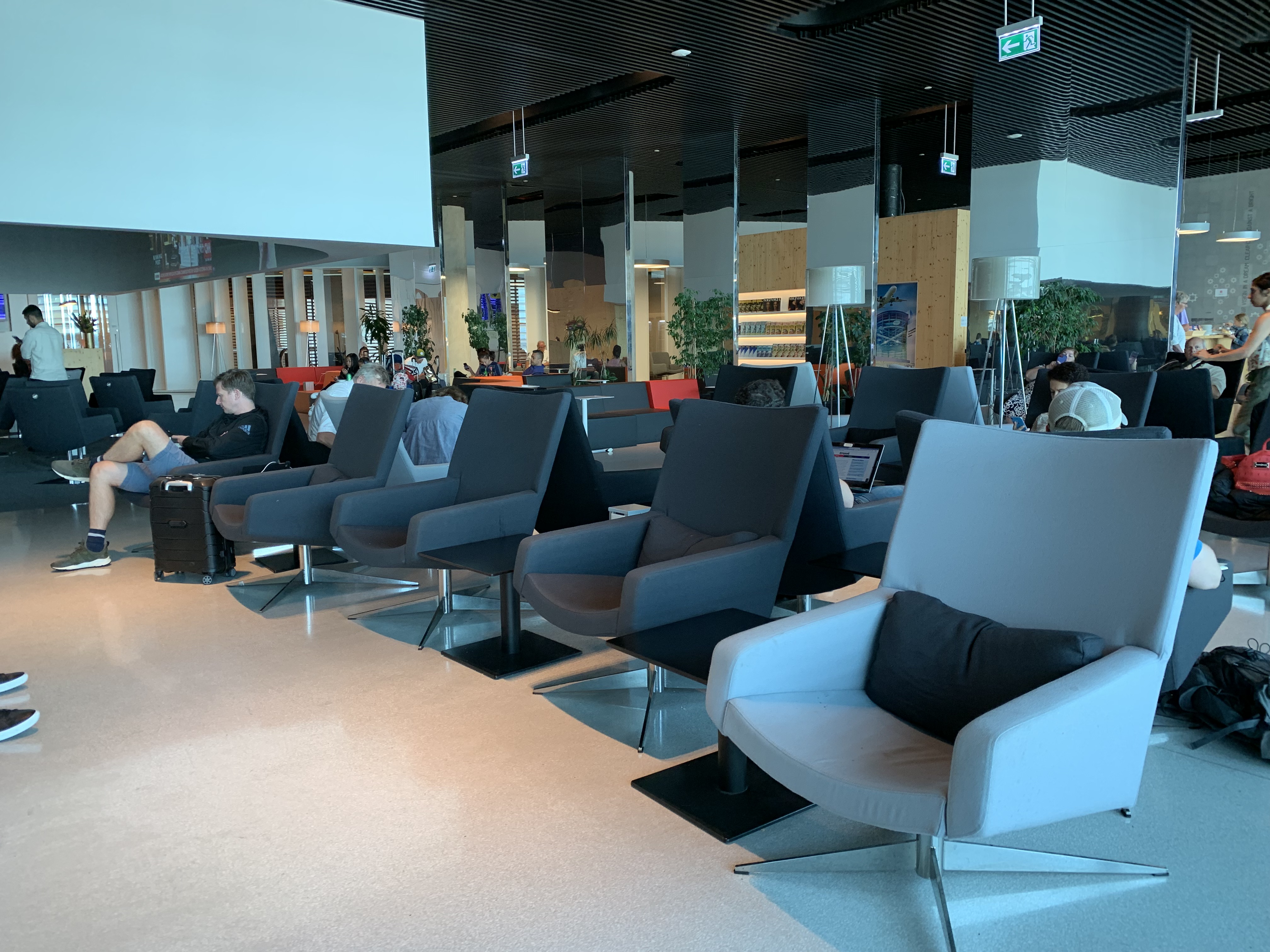 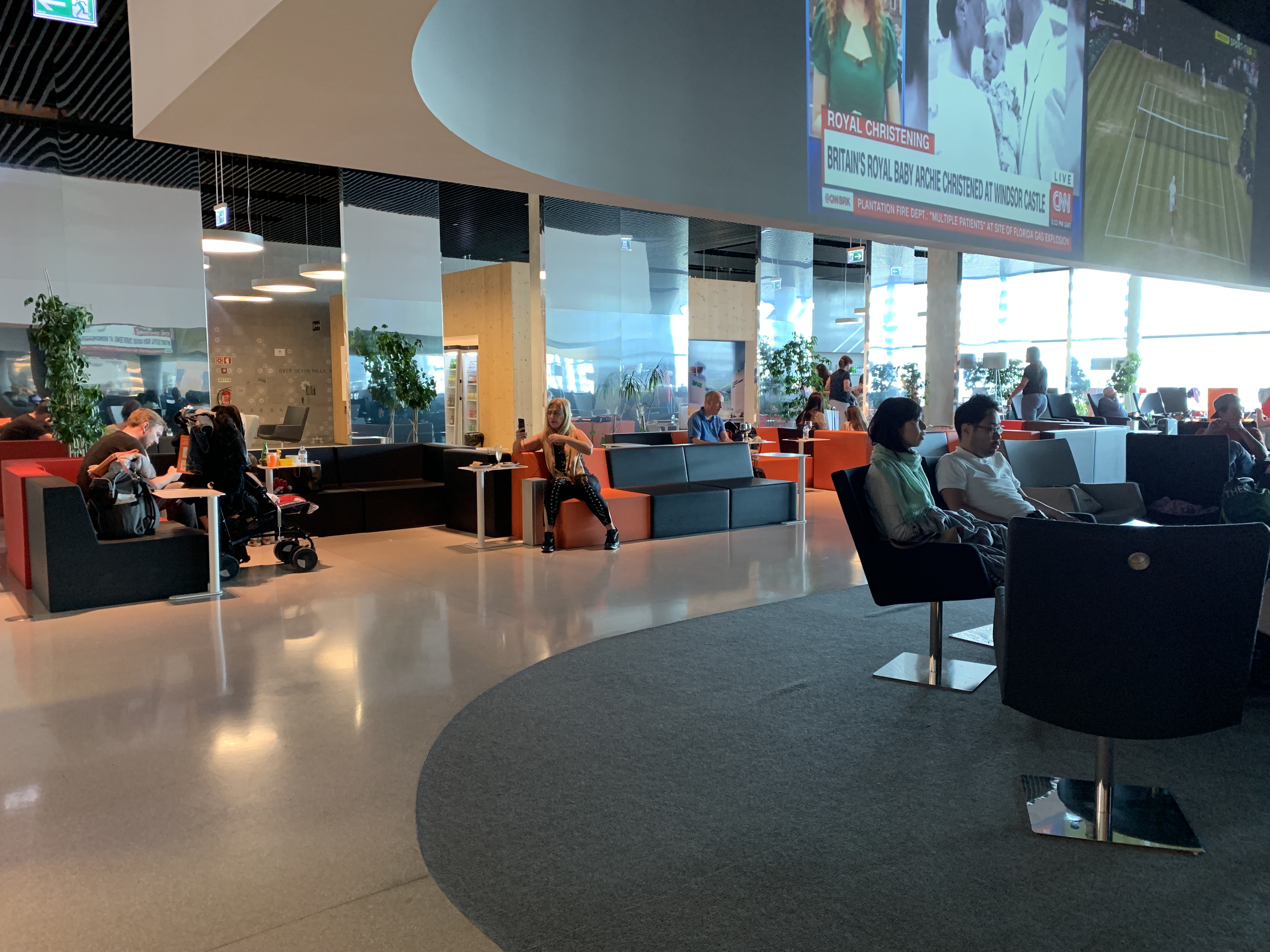 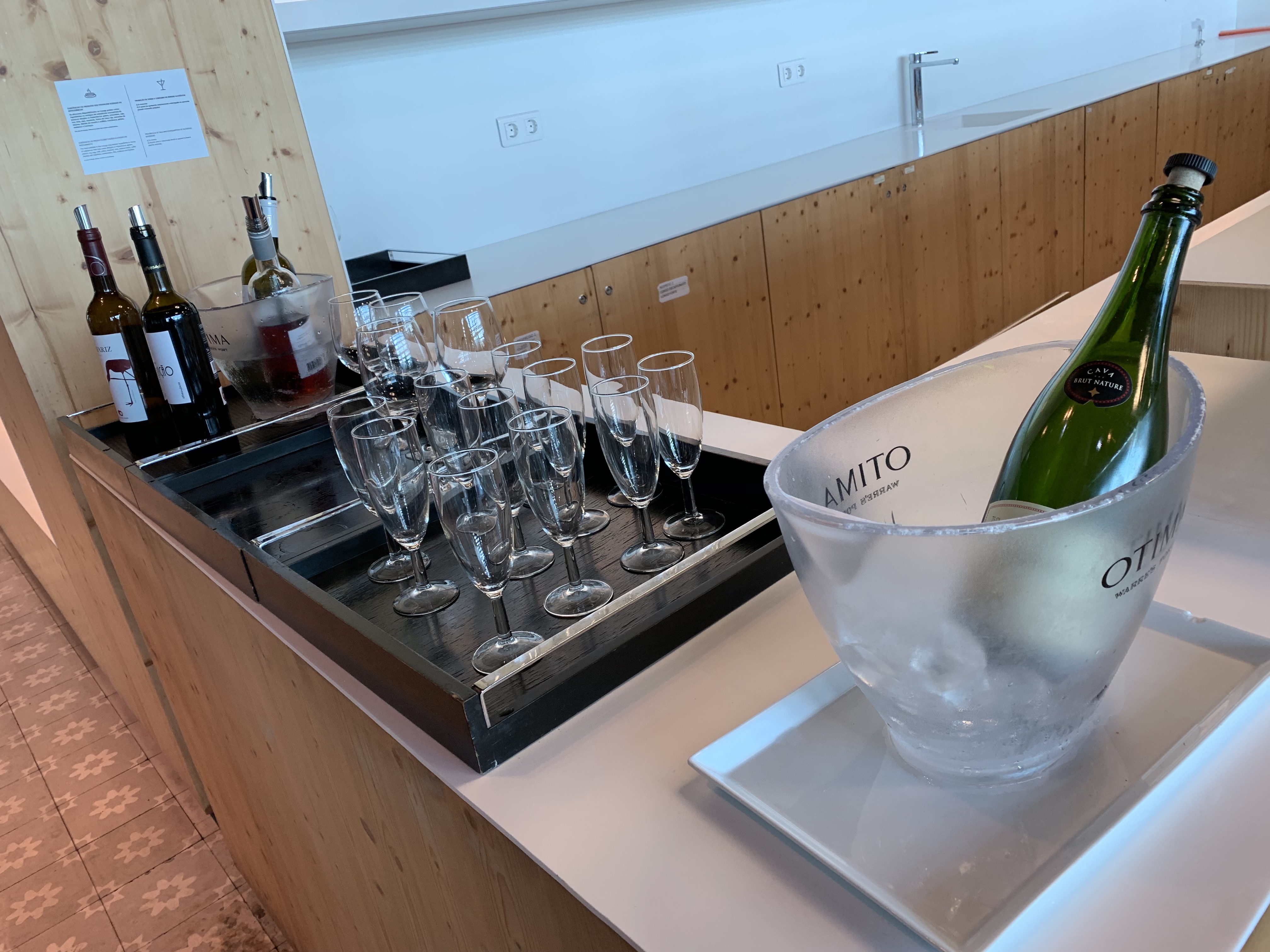 There are also showers available here, along with a smoking room, a small business centre and from what I could see a spa is also under construction. I stayed here for just over an hour before I started to feel like a change of scenery and headed off to the non- shengen area. Passport control was all but deserted therefore I was through in just a few seconds. There are a few shops and eateries in this part of the airport, but not a huge amount so you’re better off staying in the Schengen area until you absolutely have to pass through here. Passing by the gate area, I had noticed that it was very well laid out with separate lanes for each group, although from past experience I figured this would likely be in vain anyway as it would be a bus boarding. 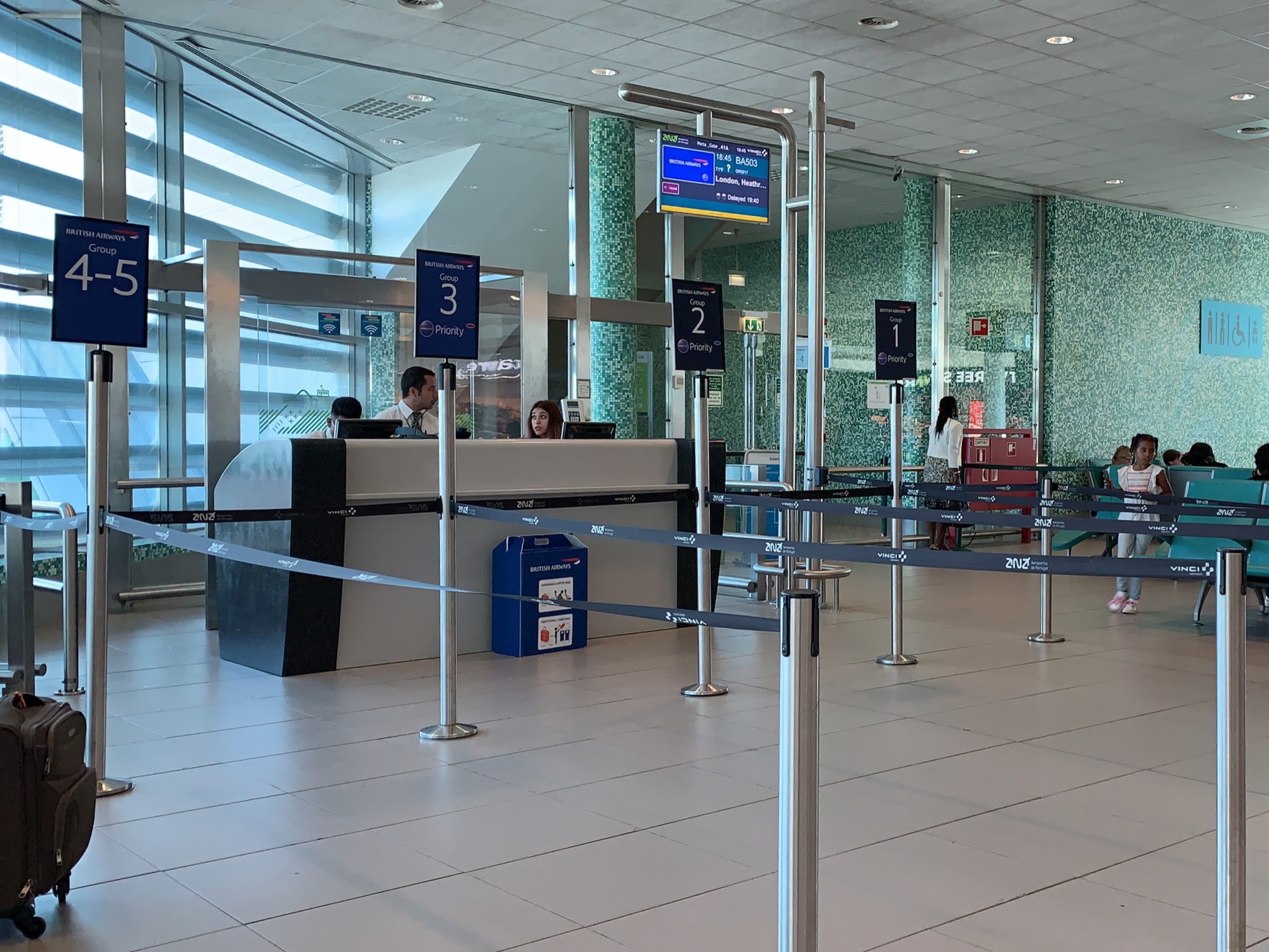 I took a walk to the end of the pier, seeing what was around. 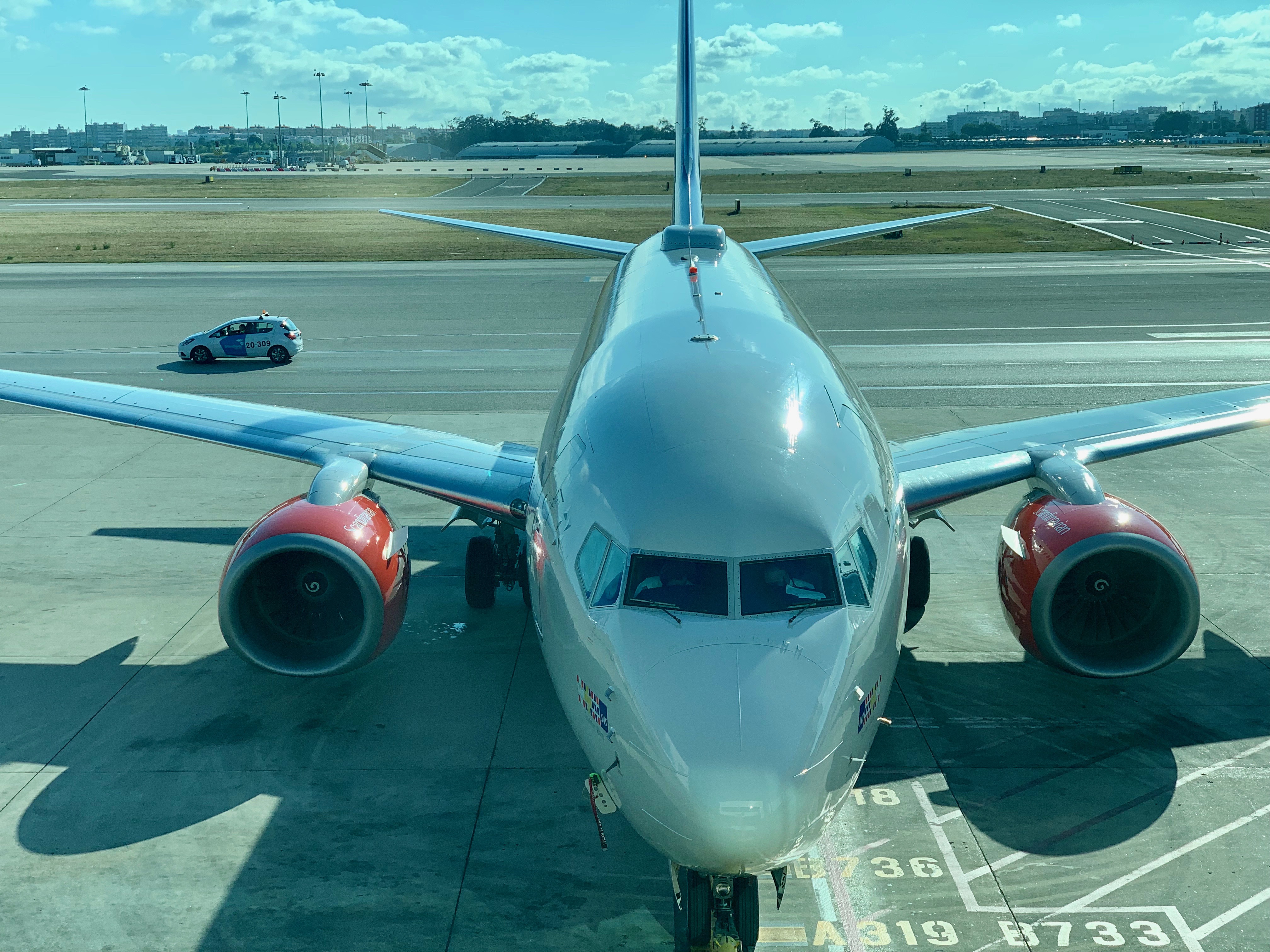 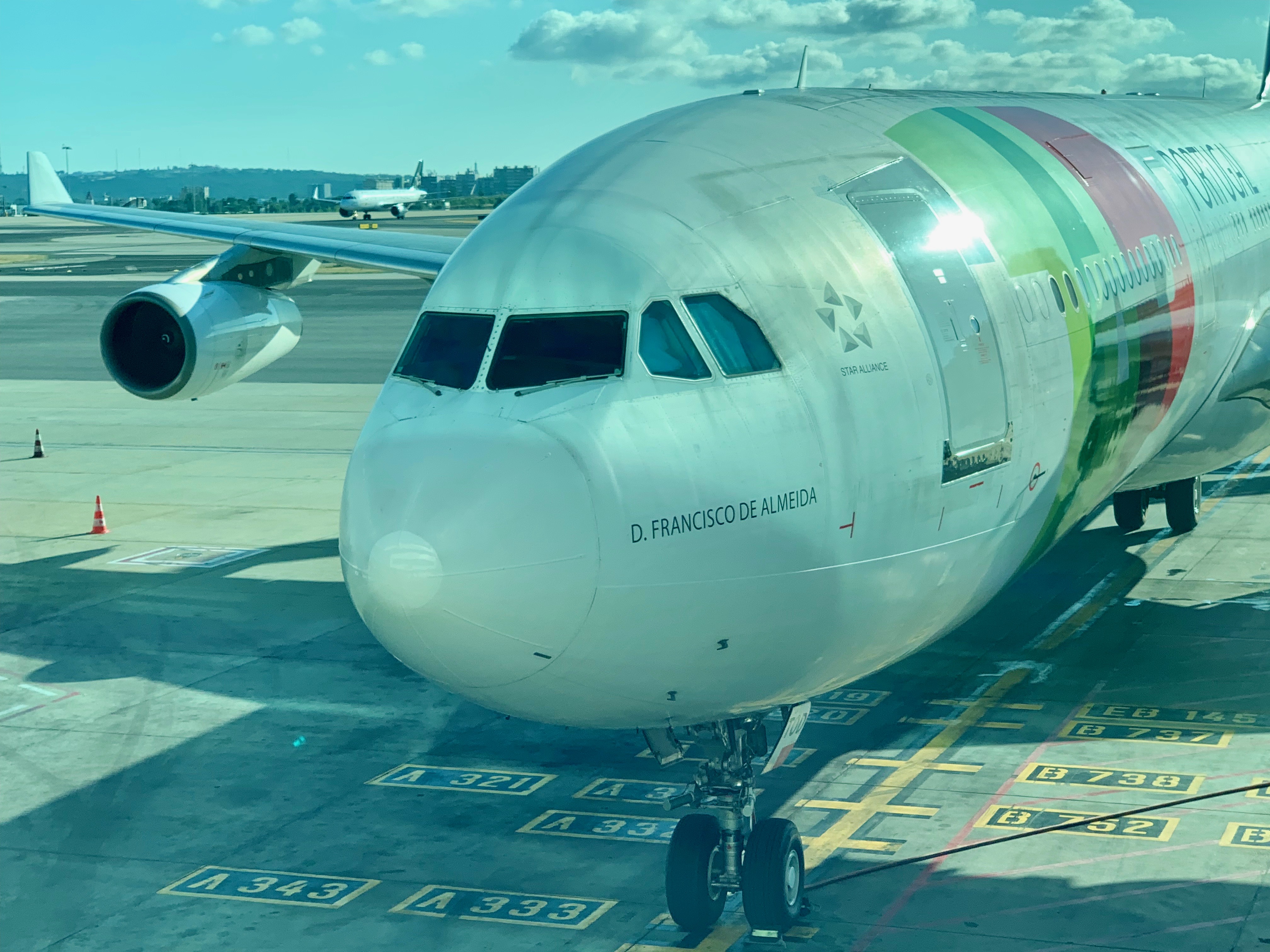 By the time I returned to the gate, boarding was near – and that’s where I got some disappointing news. Due to an earlier IT issue at Heathrow, the flight hadn’t been catered for in Club Europe. So this would more or less be a Euro Traveller flight. They did offer a refreshment voucher, however as boarding was mere minutes away this would be pretty useless. Boarding began a little earlier than I thought – and it turns out I was right. Everyone piled on to three buses which then didn’t move for a good twenty minutes at least, which was hot and pretty uncomfortable. Eventually we did head over to the maintenance area where the British Airways flights tend to depart from more often than not. Where we were then held for a further ten minutes – meaning we had been crammed on to this bus for a good thirty minutes at this point. Hardly an experience worthy of a self proclaimed full service airline – and I wasn’t even on the plane yet. When we finally were released, as I was one of the first on to the bus, this meant I was one of the last off – due to the fact only the front door of the bus opened, and I was sat right at the back. 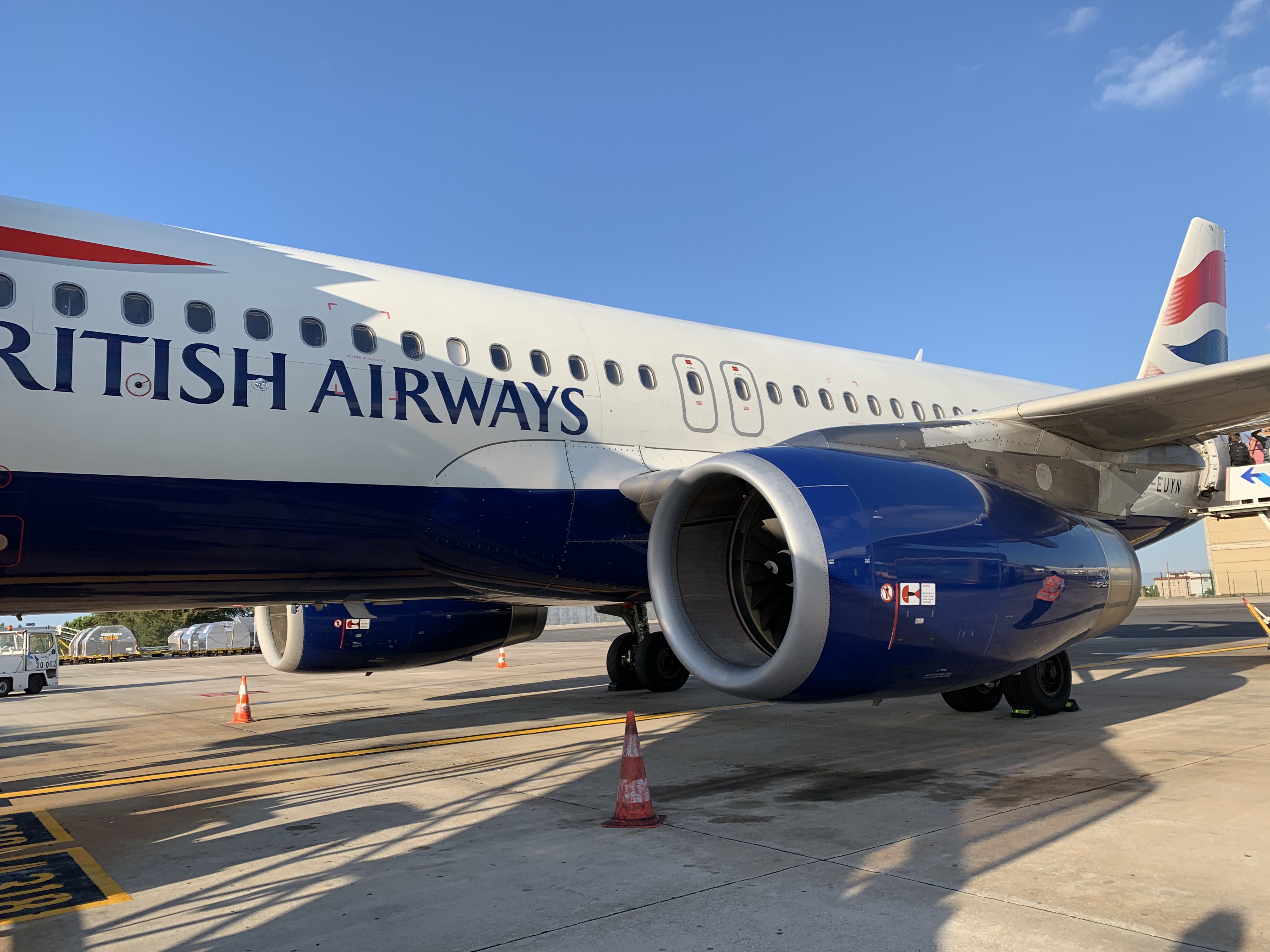 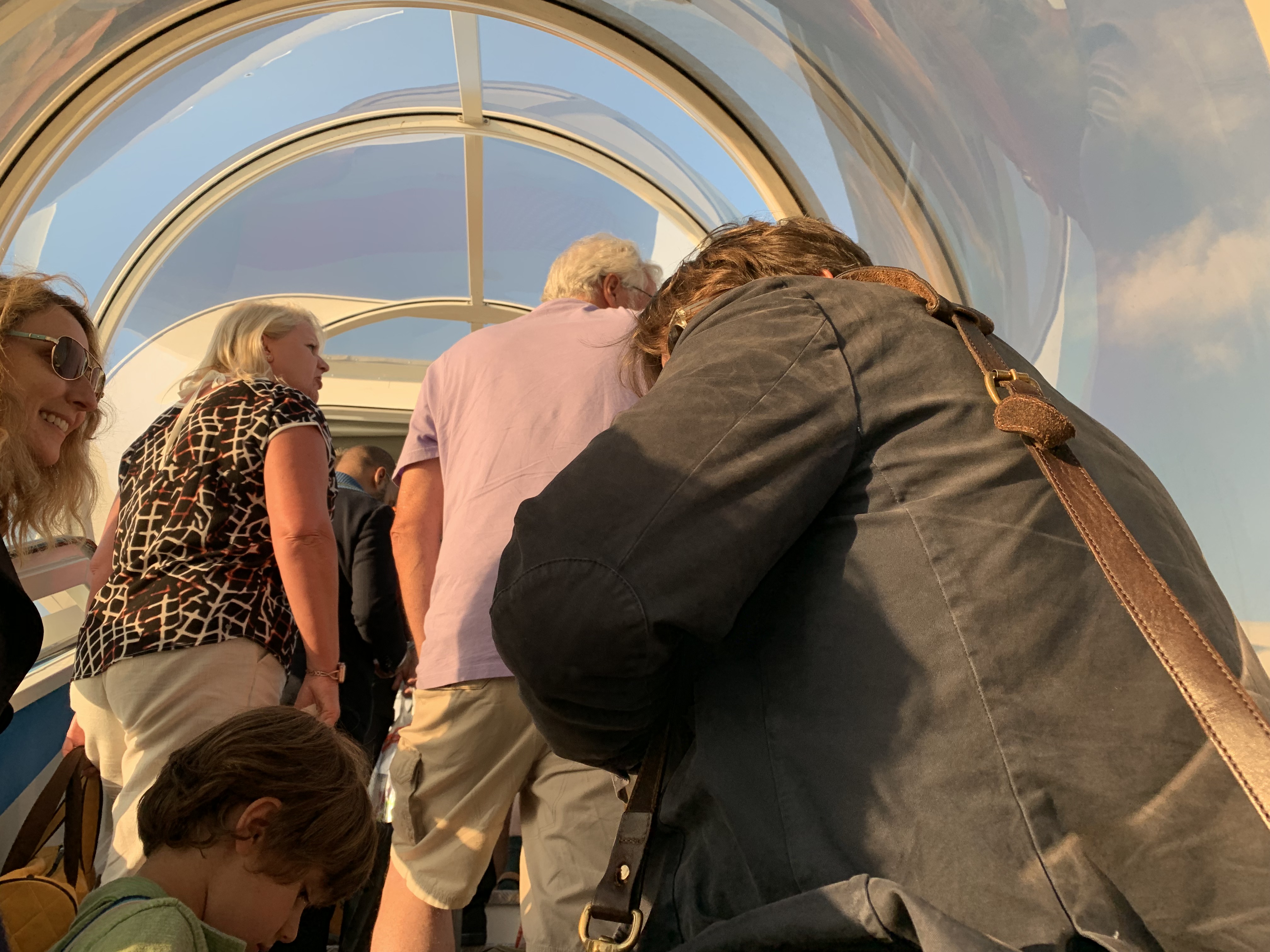 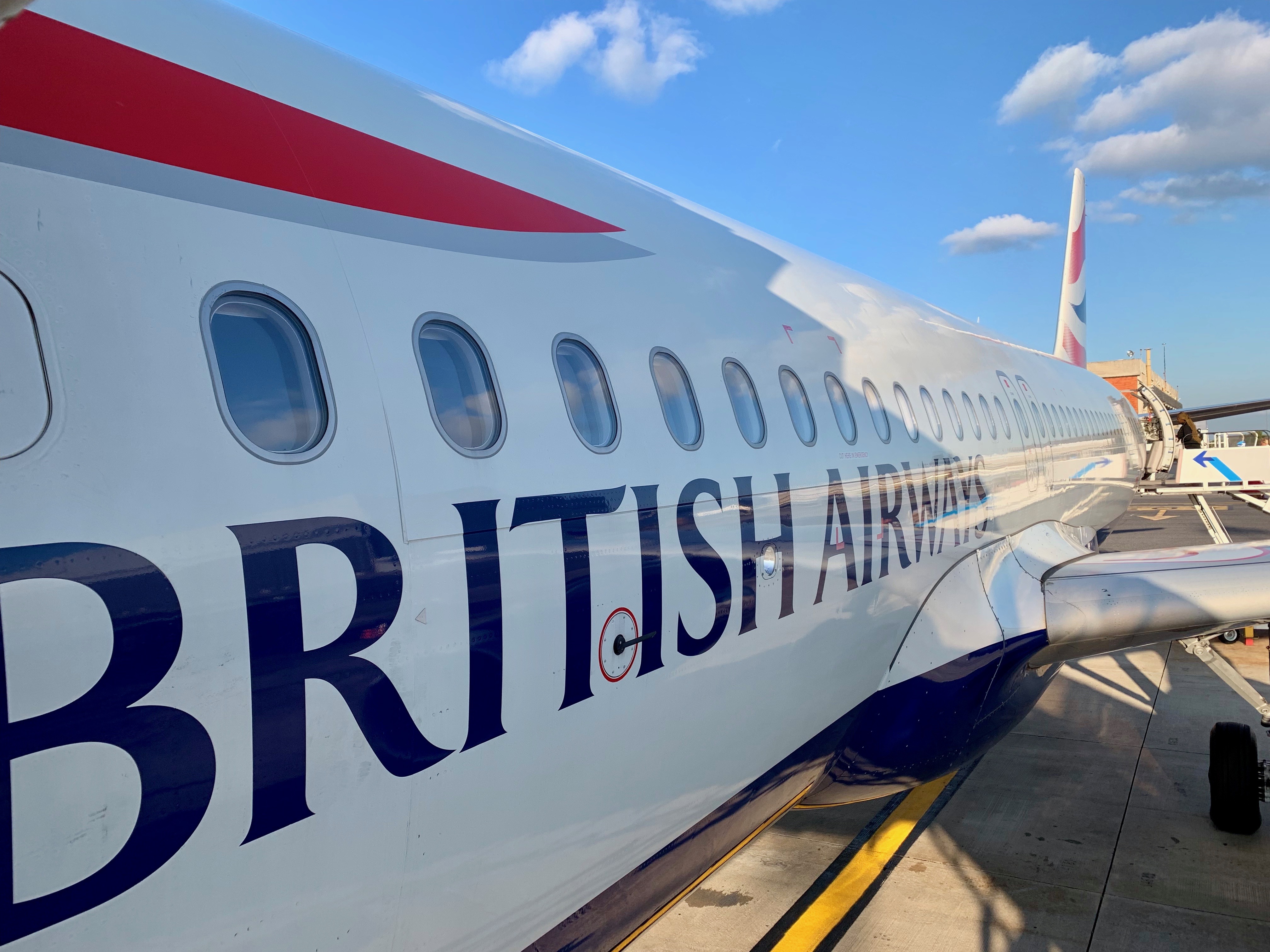 I took my seat of 1F, and a few moments later boarding was completed. The flight deck made their welcome speech, blaming the IT failure for the delay and the lack of catering on the catering vehicle being involved in a collision at back Heathrow, which was a completely different story to what we had been told at the gate – but either way, the end result was the same. We pushed back around an hour and a quarter behind schedule and made a pretty powerful takeoff. 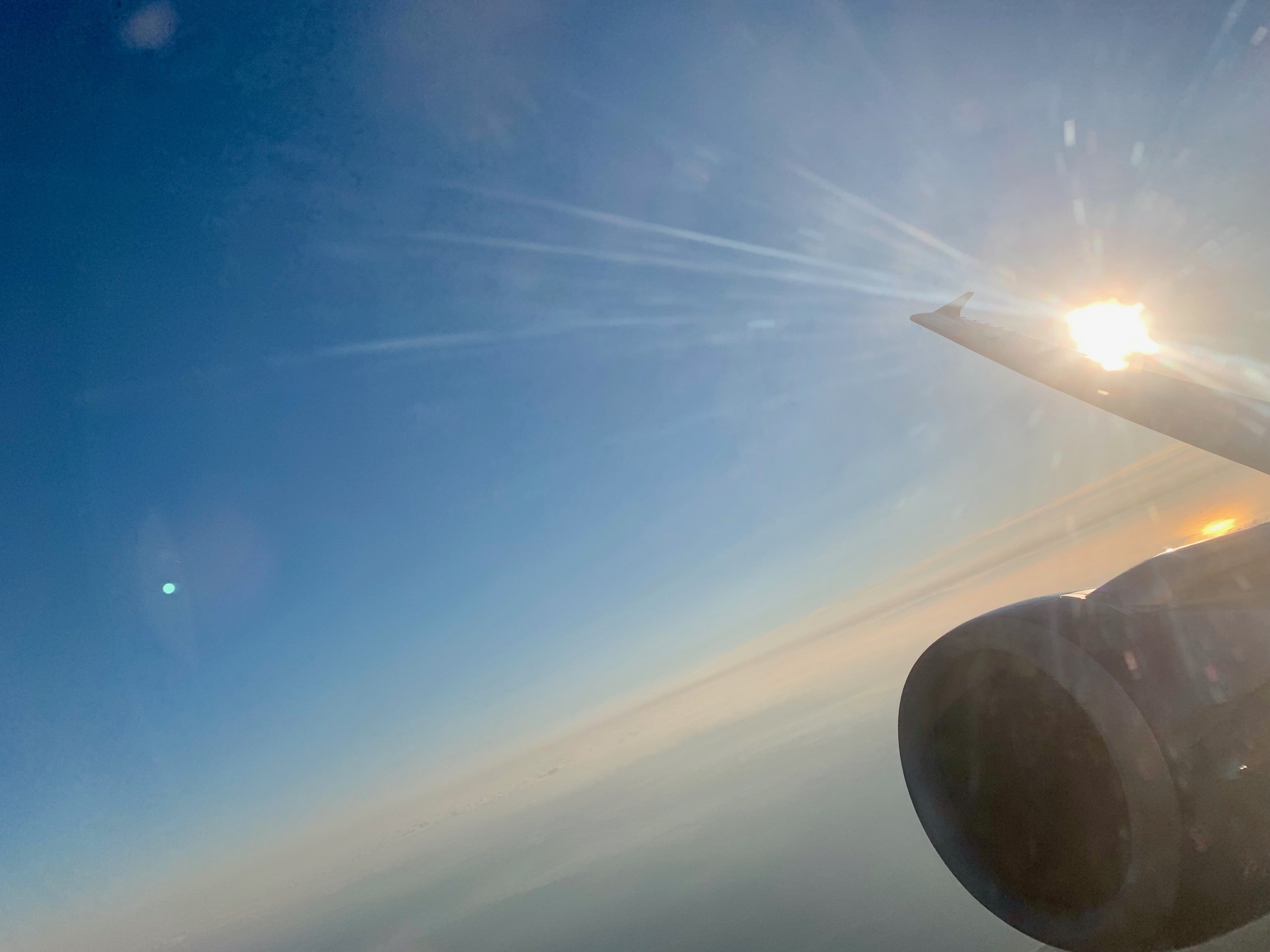 Shortly after departure, a very sheepish CSM welcomed me on board, apologised and said how embarrassed he felt for the lack of service. Interestingly, the crew on this flight seemed more senior than your typical mixed fleet and I noticed the females weren’t wearing hats either – maybe a eurofleet crew had been called off standby to operate due to the IT situation? Who knows.
Not too much can be said about the flight itself really. The crew seemed pretty pro-active when it came to offering drinks – about the only thing that was available – not even the hot towels had been loaded. I would say it was more or less identical to the pre buy on board domestic flights where you could sit in row one and have as many drinks as you wanted… but at least on those flights you got a packet of crisps. On this flight there was not a crumb of food to be had. 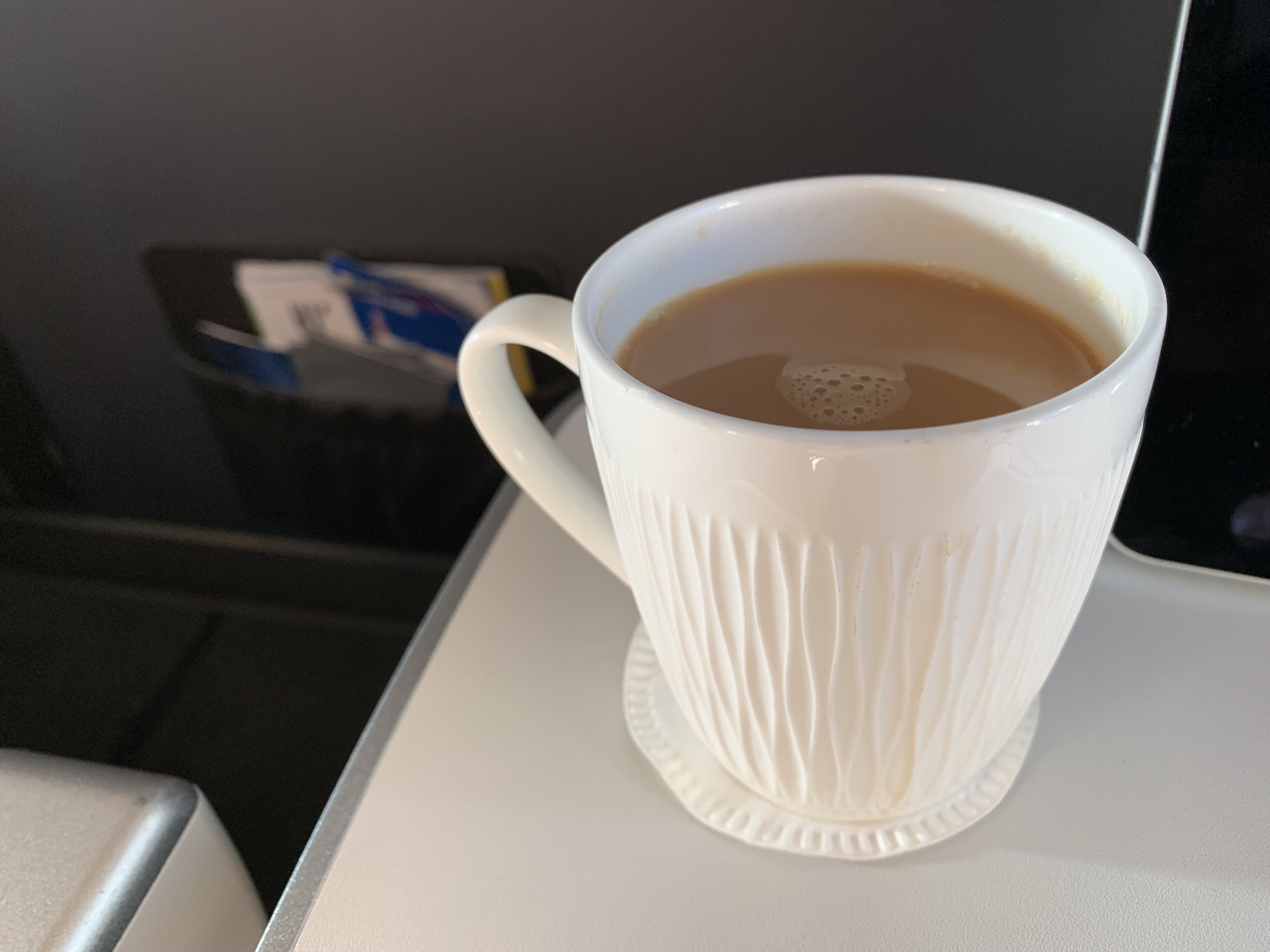 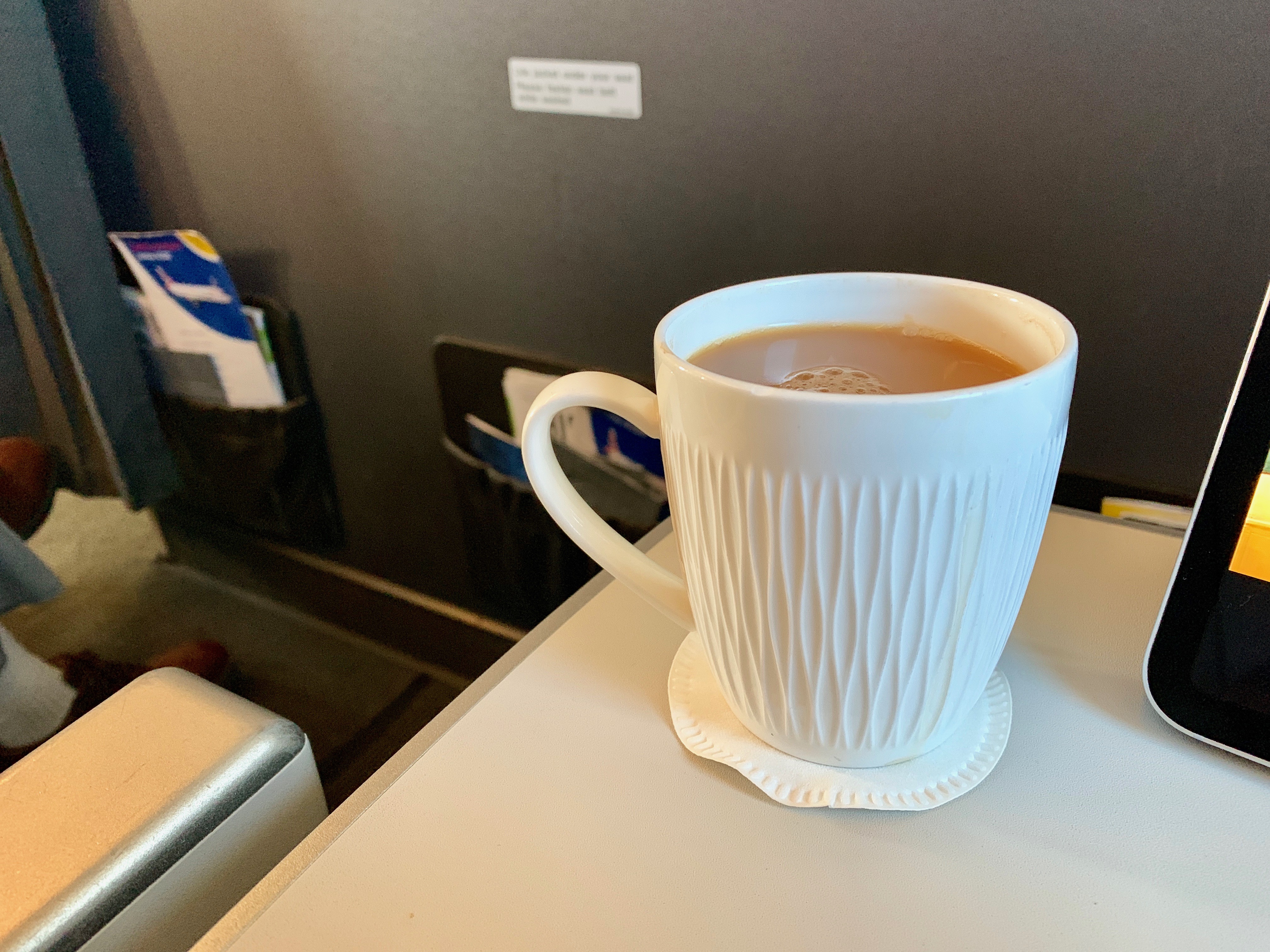 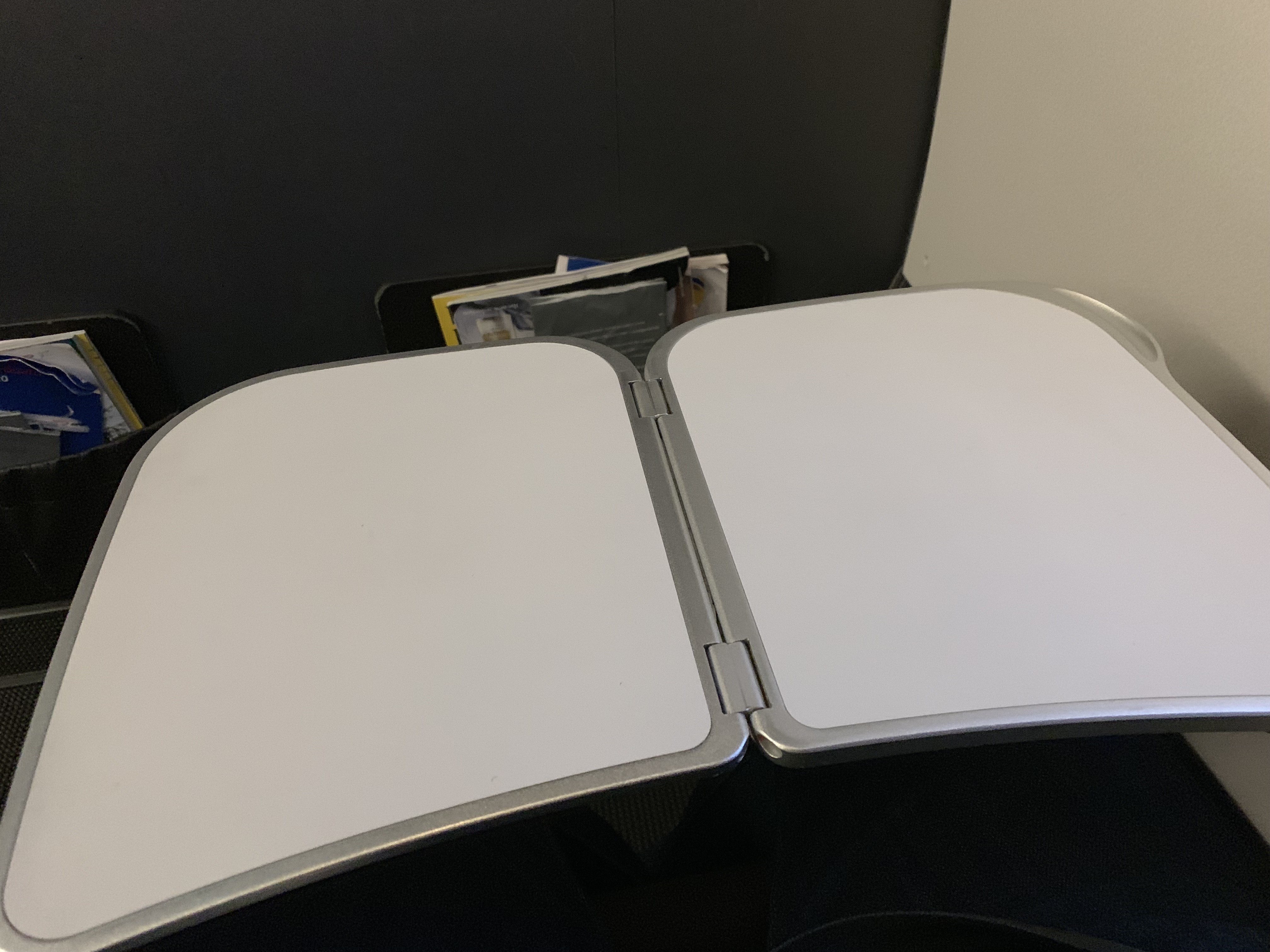 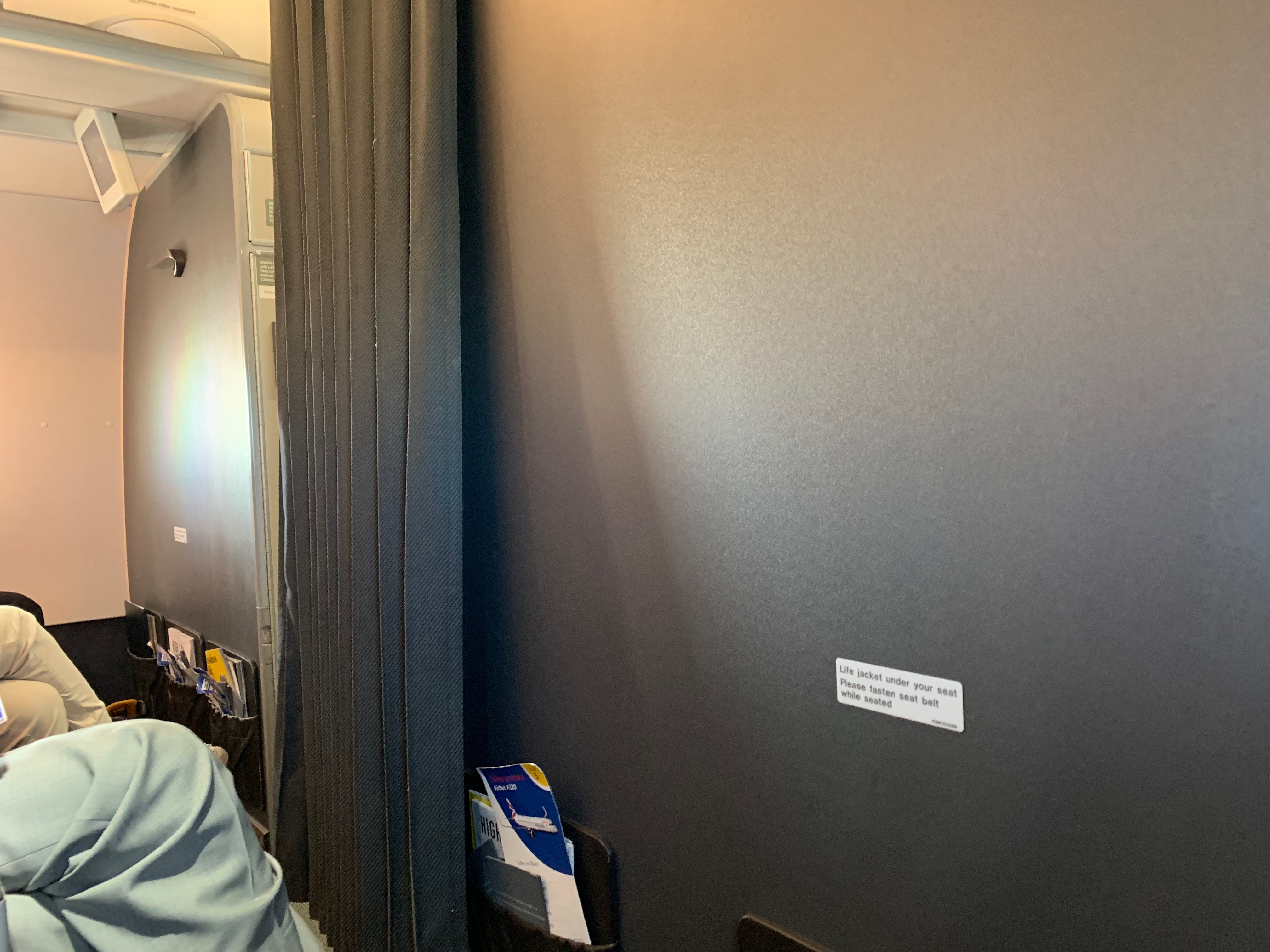 We touched down into Heathrow and arrived on to stand just about an hour behind schedule. 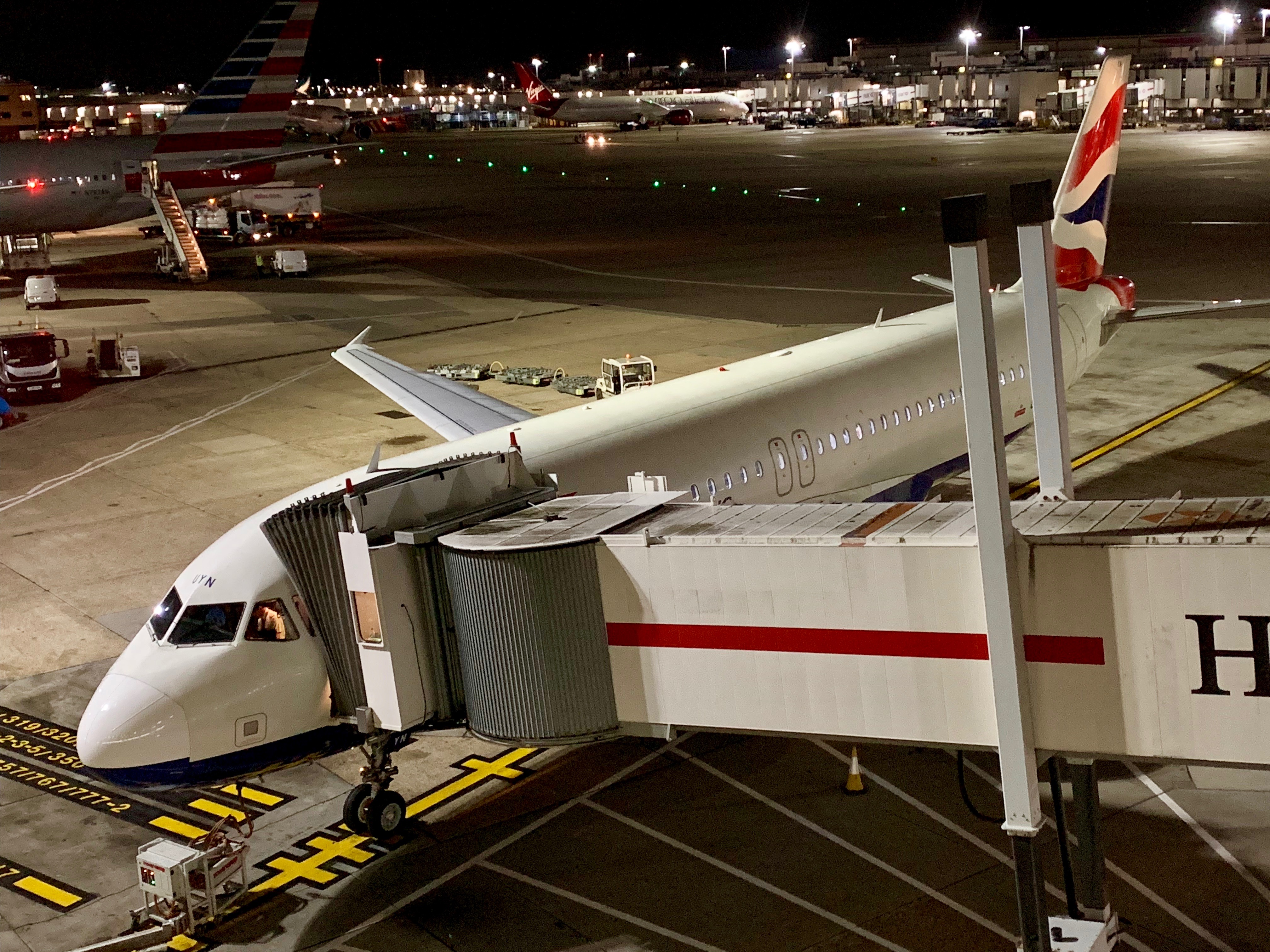 At this time of night, border control wasn’t too busy, so I was through in a couple of minutes. Those familiar with Terminal 3 at Heathrow will know that there’s an M&S Food shop right as you exit from customs, so that provided the perfect place to grab a bite to eat! 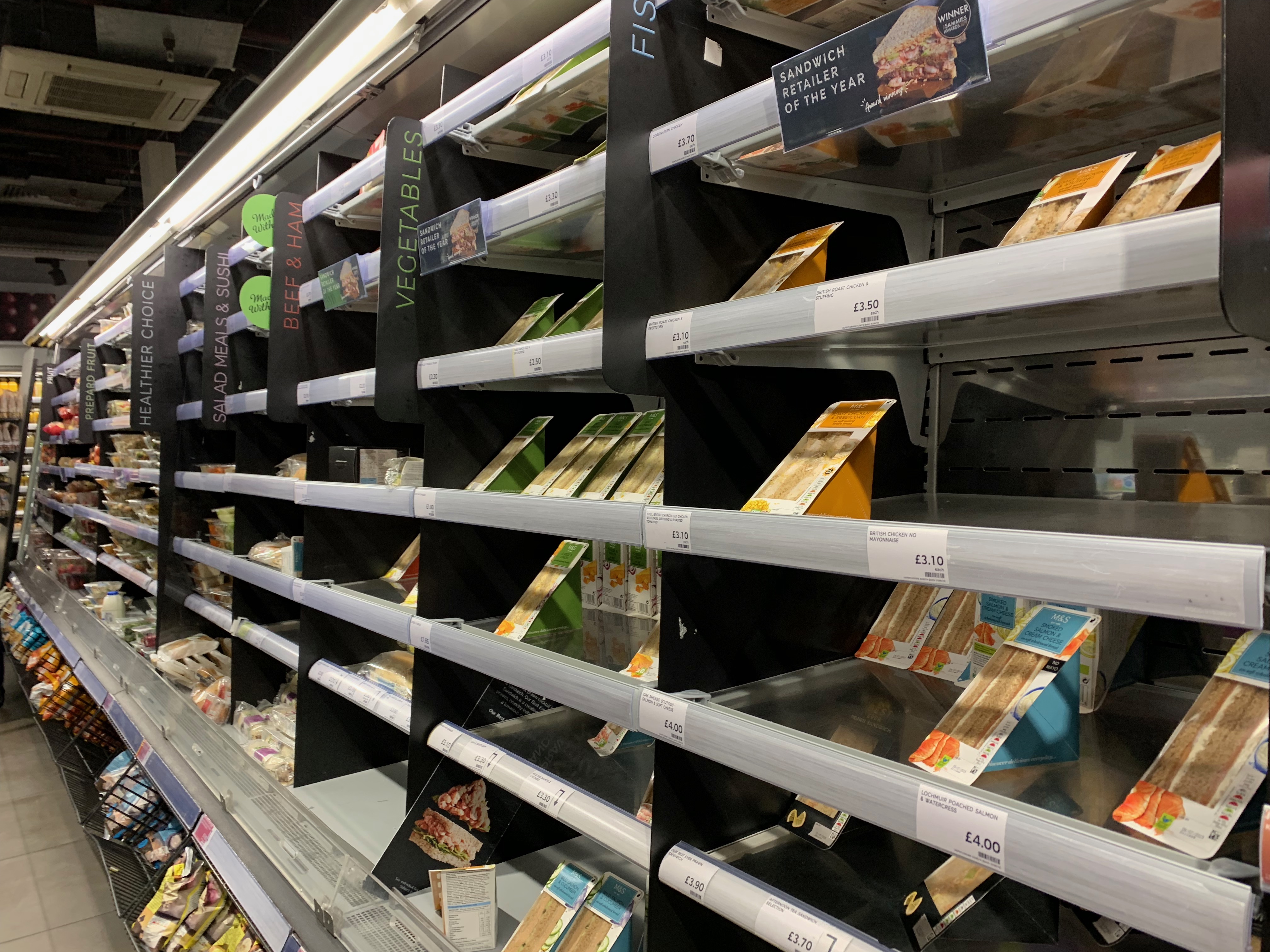 In days gone by, the late arrival of the flight would have meant I’d missed the last coach home and relied on Uber. These days however, there’s no worries for me with this as I’m now parking at the airport. As expected, it was no more than a couple of minutes to wait for the shuttle back to the business car park. 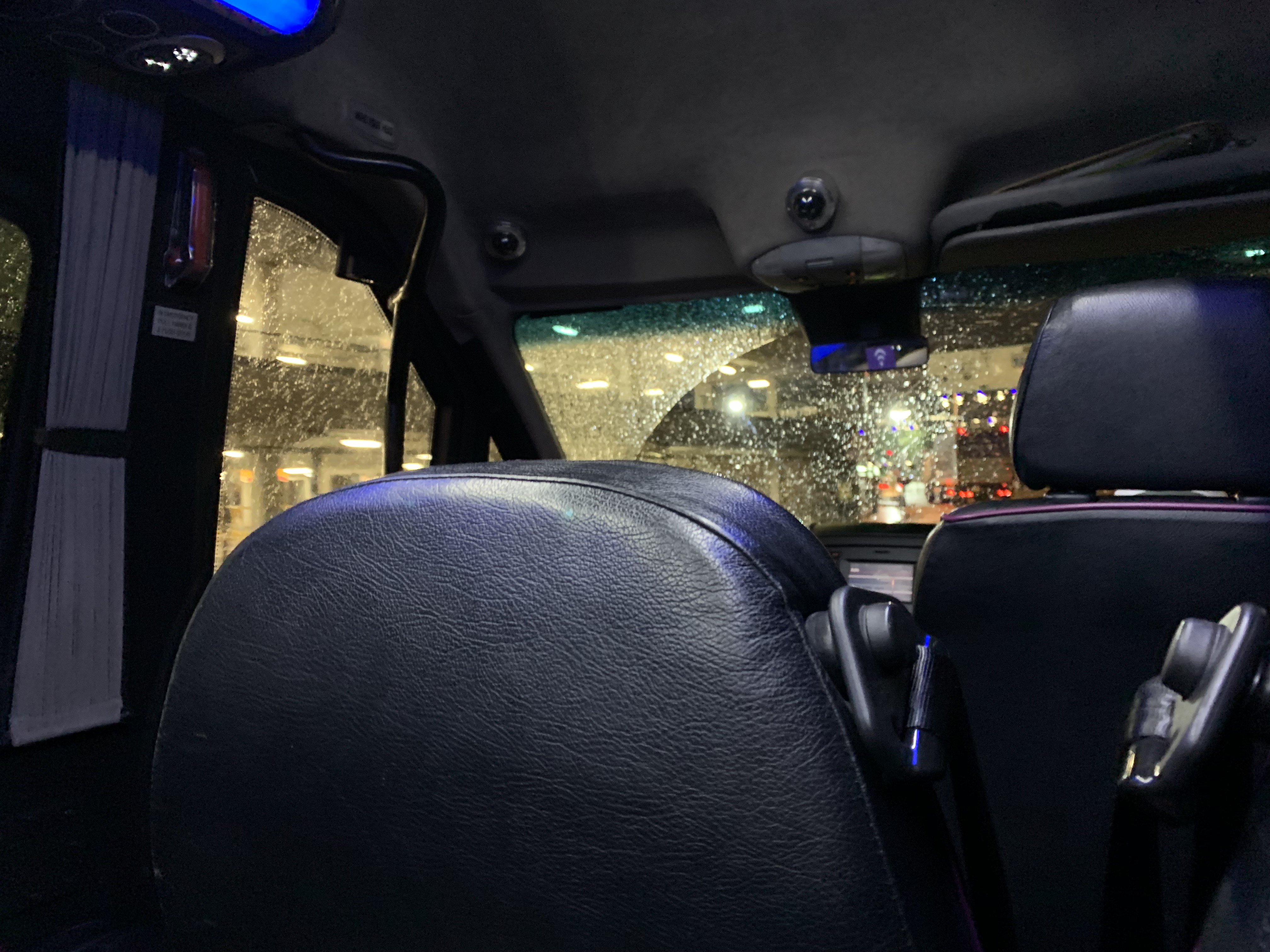 Pretty much as I arrived home, I received the following email from British Airways:

We would like to apologise for the lack of catering onboard your flight from Lisbon to London Heathrow, we can appreciate how frustrating and inconvenient this must have been for you.In recognition of your Executive Club status and by way of an apology, you will receive 6,500 Avios points. If you are travelling with a non-Executive Club card holder, they will receive an e-Voucher equivalent. Once again please accept our sincerest apologies.Warm regards,British Airways Customer Service

Well, at least they were pro active in offering up some compensation, however I decided to push them for a little more seeing as it wasn’t just the catering that was the issue – it was pretty much the whole experience right from boarding. This proved successful, and within fifteen minutes of putting the phone down, I had a further 10,000 Avios in my account. Can’t say fairer than that I suppose.
Share This Post: