I attempted to use the fast track security, but was told that business class passengers or status holders weren’t eligible, and that I’d have to use the regular line. Thats the first time I’d experienced that.
Lounge
The lounge I used was over in the satellite area, where most of the non Korean airlines depart from. It resembled a large library and had a good restaurant area too. The only minor complaint was that it was a little dark due to the fact there were no windows. 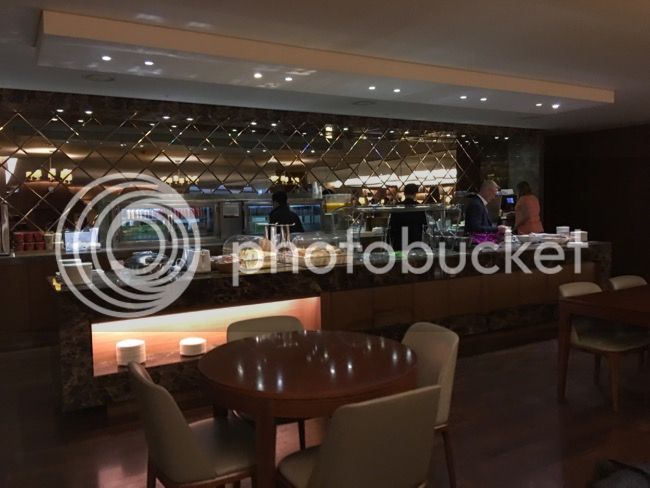 Boarding was very well organised. Rather than making any PA announcement, the ground crew walked through the gate area with signs asking for group one, two, three etc. and lined them up accordingly. Once on board, I was met with the B/E Aerospace diamond regional cabin.

Service
The service started right as I entered the plane – I was met at the door, shown to my seat and asked if I wanted anything to drink. I ordered a water and it turned up with a hot towel.

A few moments later, menus were handed out.

Once airborne, my meal choice was confirmed (I had pre ordered online) and drinks order was taken. This was handed out a few moments later. 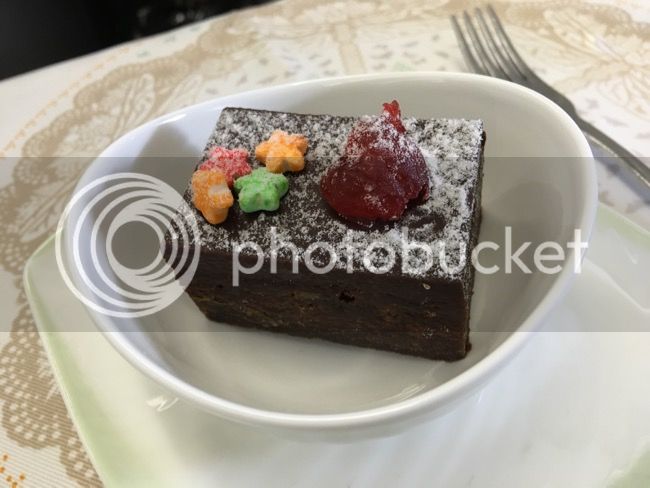 I finished off the service with a Baileys.

And the third hot towel of the day

Arrival
Upon descent a choice of sweets were handed out.

Arrival was made and within a couple of minutes of landing we were on stand. There was a small queue at passport control, but it still took no longer than around ten minutes to be processed.
Conclusions
A decent enough flight with EVA Air. The onboard staff, while seemingly struggling with English a little, were very polite, with lots of pleases and thank you’s as well as thanking me for waiting every time they delivered a meal or a drink. The food was good enough quality and the online ordering is another decent touch.
Questions? Comments? Come and Say Hi on Twitter!
Follow @mytripreport
Look out for the YouTube video soon!

Amsterdam in an afternoon: Is it possible?