Lounge
Since my last flight out of Singapore in September 2015, Cathay Pacific have switched from the SkyView lounge to the DNATA lounge. This new lounge was a little better than the old one, but lacked natural light. 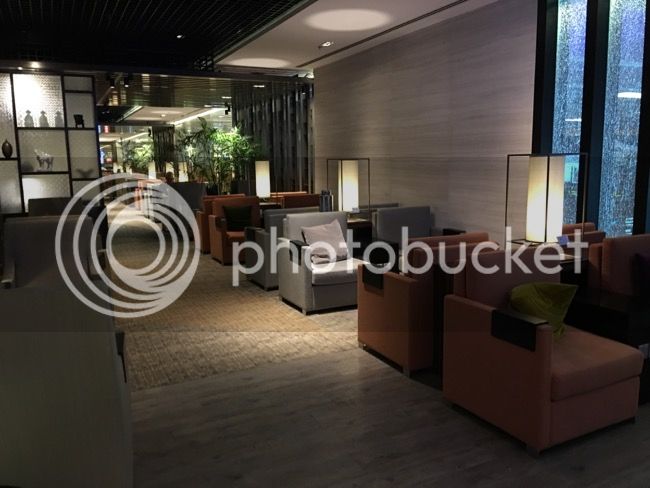 The food selections were also just as basic. 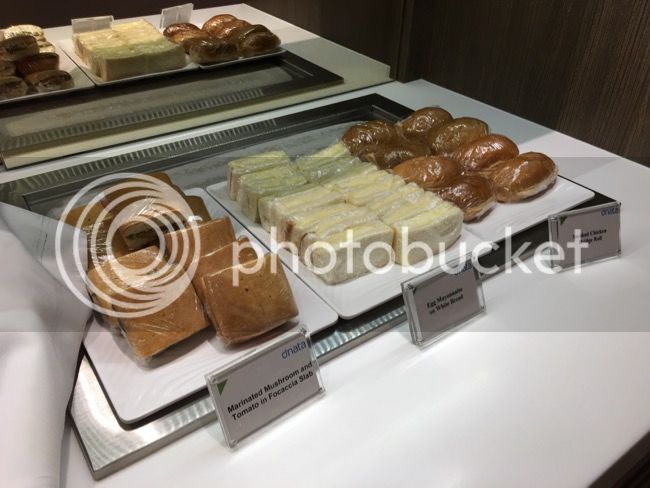 I’d imagine once Cathay Pacific move to the new Terminal 4 here at Singapore, their new lounge which they will operate themselves will be much better. I’m actually amazed that they didnt have one here already as its quite a significant Asian hub for the airline. Of course, there is also the British Airways and Qantas lounges that I could have accessed, however neither of them open until later in the day.
Boarding / Onboard
As security is carried out at the gate at SIN, there was a bit of a delay in entering the holding area. Once I was in, the ground staff did a great job of separating everybody into priority boarding and non priority, and once boarding was announced, it was managed very well.

Once I was on board, I was handed a welcome drink and a hot towel.

Service
Once the service began, I was addressed by name throughout, and it was a very thorough breakfast, starting with fresh fruit, followed by cereal and finished with the main cooked breakfast – of which I chose the Asian option.

Once the breakfast service was over, the crew were very good at keeping a check on everybody to see if they had everything they needed.

Arrival
Arrival was delayed slightly due to some bad weather in the area. Once we did land, it was a short taxi over to the stand and only a couple of minutes until everybody was free to leave.
Conclusions
This was my first time sampling Cathay’s regional Business product, and to be honest it didn’t leave me with the best impression. The plane was old, the seats were uncomfortable and on their last legs. The IFE screens were also very small. One thing that saved the day was the crews usual excellent attention to detail and friendliness, bidding each and every passenger in Business a personal farewell on decent.
Questions? Comments? Come and Say Hi on Twitter!
Follow @mytripreport
Look out for the YouTube video soon!