As I was handed a voucher for the fast track, security was completed in just a few seconds. However as is the case with most Asian airports, it was passport control that took the time.
Lounge
Asiana use the ANA lounge here in Osaka – this (and departure gate for that matter) was a shuttle ride away. It was pretty small, busy but had reasonable food and drink options. 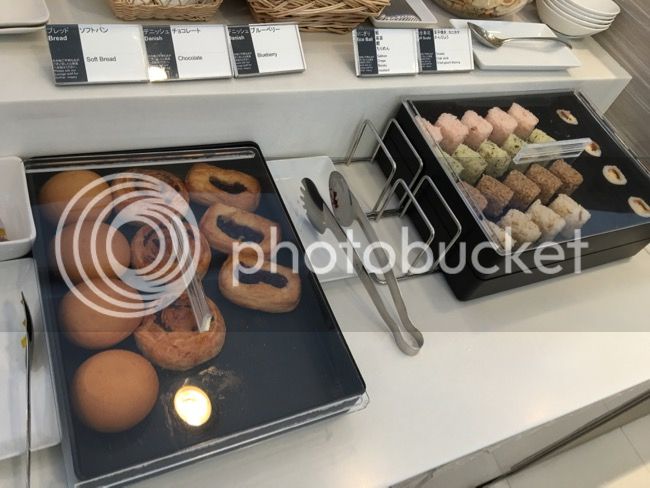 Boarding / Onboard
Boarding was well organised. The Business and Status passengers were called first, and economy passengers were lined up separately. There were two jet bridges, with the business passengers using the first one, attached to L1. On board, I was met with your standard regional business cabin.

Service
The only service on the ground was a welcome drink.

Once we departed, menus and hot towels were distributed.

I chose the beef and it was delivered shortly after.

One thing to note was that I was addressed by name throughout the flight.
Arrival
Arrival was a bit of a nightmare. As there was a whole load of international flights arriving at the same time, it took a good hour or so to get through passport control. So long in fact that the baggage claim hall was full of bags that had been taken off the carousel as their owners hadn’t yet turned up.

Conclusions
Asiana provided a very good experience on this 90 minute hop to Korea. The two crew looking after the business class cabin were smiling throughout and the food was very tasty indeed. The only minor point was the arrivals experience at Incheon, however I can hardly fault the airline for that.
Questions? Comments? Come and Say Hi on Twitter!
Follow @mytripreport
Look out for the YouTube video soon!