This Trip
Alitalia | Airbus A321 | LHR-FCO | Economy
Hilton Garden Inn, Rome Fiumicino
Alitalia | Airbus A319 | FCO-FLR | Economy
Hilton, Florence Metropole
Alitalia | Airbus A319 | FLR-FCO | Economy
Alitalia | Airbus A321 | FCO-LHR | Economy
Airline: Alitalia
Aircraft: Airbus A321
Route: Rome – London Heathrow
Flight number: AZ204
Seat number: 27A
Cabin: Economy
Flight date: May 2016
Picking up pretty much straight from my flight from Florence, it was a bit of a race to make it to the gate for my next flight on time for boarding. This is where Fiumicino lets itself down a bit – everything is a little bit too far apart, and it doesn’t seem all that well thought out. Seems as though despite there being plenty of gates, bus journeys are pretty frequent. Due to the rush, there wasn’t any time for a lounge visit as the one in the G gates still isn’t open (I’m sure it said 1st May on my last visit). 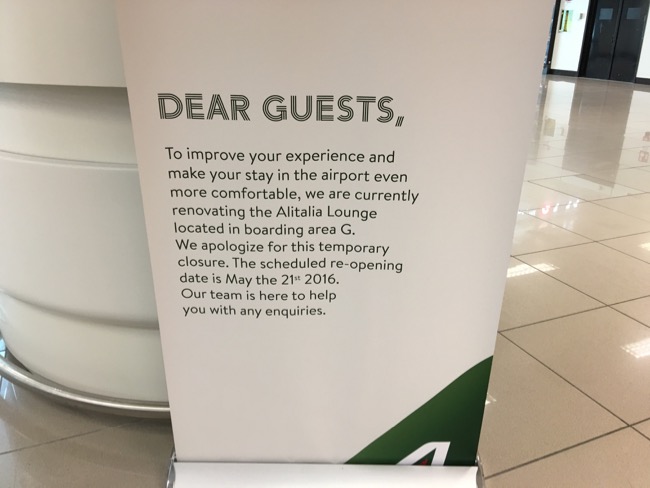 Boarding / Onboard
Boarding started around ten minutes after I arrived at the gate, and for the first time on this trip, the agents went through the priority lane and sorted through who was supposed to be there and who wasn’t. Not that it mattered all that much, as once more it was on to a bus. What was more frustrating is that the bus pulled up a couple of planes down from the one that I had just disembarked… 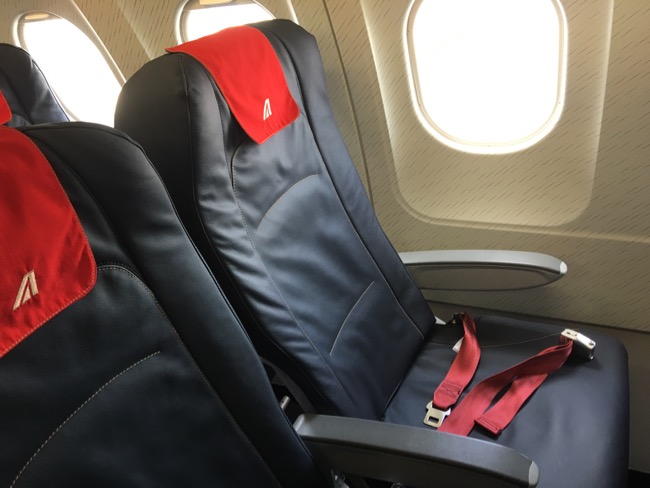 Service
Service on board this flight was a little slow to get going, but with a 2+ hour flying time, I guess there was no real need to rush. Once more, it was the pre-packaged sandwich along with a choice of soft drinks. One thing to note was that for the third time the sandwich was of a different variety – chicken and cheese this time. So a good deal for frequent flyers.

Arrival
Unusually for Heathrow, there was no holding, meaning it was pretty much straight in. As we landed on 09L there was a little delay getting over to Terminal 4.

Conclusions
The final of four flights with Alitalia on this trip and on all four occasions, flights were reasonably full the crew provided a decent enough service and the on board food on the two flights where I received it was tasty enough. The only issue was really Rome airport – where everything seemed to be miles away from everything. In future, I’ll definitely leave more than 90 minutes to connect when using this airport.
Questions? Comments? Come and Say Hi on Twitter!
Follow @mytripreport
Look out for the YouTube video soon!