This Trip
British Airways | Airbus A321 | LHR-CDG | Club Europe
Hilton, Paris Charles de Gaulle Airport
Air France | Airbus A320 | CDG-ARN | Economy
Radisson Blu Waterfront, Stockholm
British Airways | Boeing 767 | ARN-LHR | Club Europe
Airline: Air France
Aircraft: Airbus A320
Route: Paris de Gaulle – Stockholm Arlanda
Flight number: AF1462
Seat number: 11F
Cabin: Economy
Flight date: May 2016
Check In / Security
Check in here was a little confusing – there was a huge SkyPriority area, although it had a disclaimer saying it was for South American and African flights only – and the area was a little deserted. So instead, I went to the European check in area and there was no Sky Priority area as far as I could see, and only self serve check in machines. So I reluctantly used one of those instead. I tend to avoid them where possible due to the fact they spit out receipt style barding passes. I much prefer a proper card one!

Security was much more straight forward though. A clear Sky Priority lane and I was the only person using it meant I was through in seconds.
Lounge
The Schengen lounge in the F gates area is located on the lower floor. I wasn’t expecting it to be overly brilliant, but I was pleasantly surprised. As I entered, I was met with an eating area where there was a small, but very decent buffet consisting of a pasta dish, cheeses, sandwiches, cold cuts as well as a couple of dessert options. 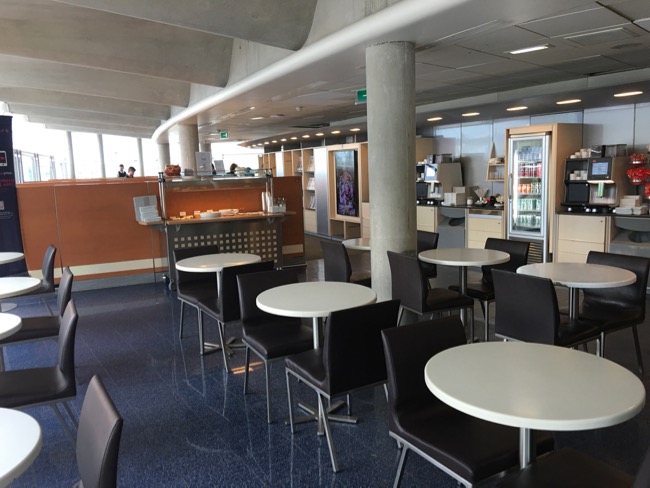 Beyond this was a host of comfortable seats, another eating area and showers and another area with a reserved sign. But it wasnt overly clear what it was resereved for. 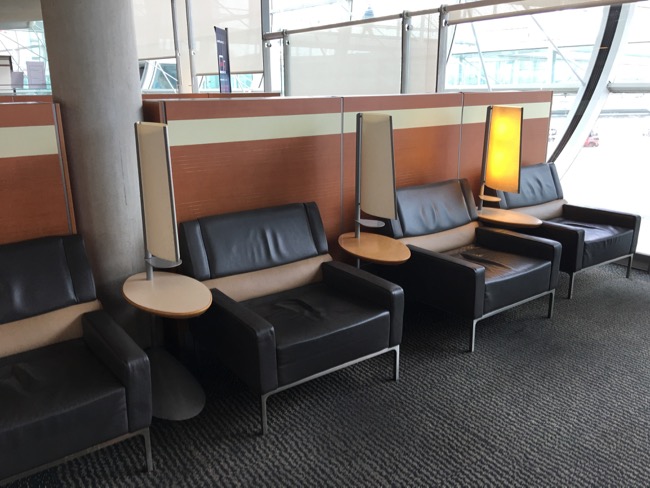 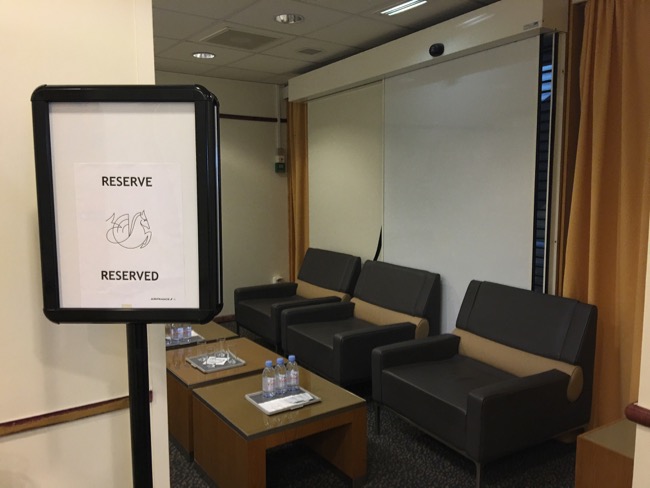 Boarding / Onboard
Boarding was announced earlier than advertised and Sky Priority boarding was enforced quite well. With Just a couple of elites and a virtually empty Business cabin on this flight it was an orderly affair. 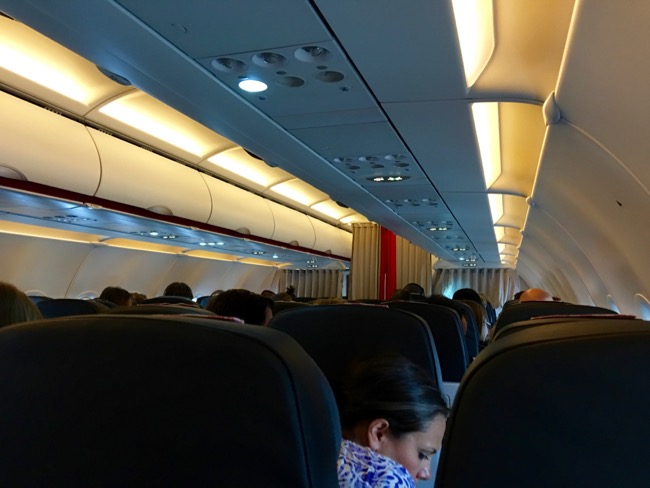 Once on board, I found a clean and modern cabin. As I had been assigned a seat in the exit row, the legroom was more than generous.
Service
The service took a little while to get started – more than likely due to some turbulence on departure. When it did get going, I was very impressed with the offerings. There was a pack with a yogurt and some fruit in, as well as a warm cheese and tomato flat bread, plus a choice of drinks.

Arrival
Arrival was made around fifteen minutes ahead of schedule and as this was a Schengen arrival, I made it from the plane to the bus into town in around five minutes – and that included stopping to buy a bus ticket too.

Conclusions
This was my first time flying with Air France, and I was pleasantly surprised. I didn’t hold particularly high expectations, but I found CDG Terminal 2F a great terminal – much like one you would find in Asia due to the large open spaces. The Air France lounge I used was also impressive considering it is no doubt designed as a European lounge. There was a small but decent food offering on the buffet, with a good drinks selection and comfortable seating. On board, the seats were comfortable and the plane was clean – despite being six years old, if I didn’t know any better, I’d say it was brand new. The crew were friendly, and the onboard service was more than I’d had on an inter European hop in years.
Questions? Comments? Come and Say Hi on Twitter!
Follow @mytripreport
Look out for the YouTube video soon!